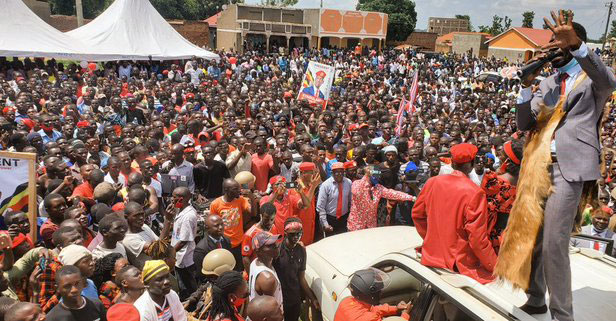 It is now over a week since presidential and parliamentary campaigns were officially opened and candidates are busy canvassing different districts in search for votes.

However, although the Electoral Commission (EC) had given candidates the same guidelines to follow during these campaigns in order to control the spread of Covid-19, it seems each presidential candidate has adopted their own style.

After nomination of presidential candidates, the EC directed all of them not hold mass rallies but rather to campaign through meetings of 70 people, a number which was later increased to 200 in order to control the spread of Covid-19. However, within just days of the campaigns it is evidently seen that almost all candidates have failed to adhere to this method. Large crowds of people have been seen gathering wherever the presidential candidates go to campaign. This forced the EC to summon candidates or their representatives to remind them to stick to the guidelines or be ready to face some consequences including disqualification from the race. However, even after this warning, nothing much has changed as crowds continue to gather and follow their candidates on campaign trails. Some candidates and their supporters have come out to protest against these guidelines claiming that political campaigns are all about meeting as many people as you can in order to solicit more votes and therefore limiting the numbers means denying them a chance to talk to potential voters.

In the wake of failing to observe the guidelines, the police have resorted to using teargas and firing bullets in order to disperse crowds while some candidates and their supporters have also been brutally handled by the enforcement officers. This is more pronounced in the opposition camp especially with the NUP candidate Robert Kyagulanyi and FDC candidate Patrick Oboi Amuriat. These, together with some of their supporters have been teargassed and brutally arrested by the police on several occasions during their campaigns accusing them of violating the EC guidelines of preventing the spread of Covid-19. However, Kyagulanyi and Amuriat have also accused the police of being partial by interfering with their activities while leaving others like President Museveni and other candidates to campaign freely.

As presidential candidates continue to traverse the whole country soliciting for votes, as expected each one of them is promising to do wonders for people in different regions. Opposition candidates are promising to achieve success where the current government has failed while President Museveni is promising to do more and to fulfil the unfilled promises he made in previous campaigns. NUP candidate Robert Kyagulanyi promised to construct a railway line for the people of West Nile in northern Uganda and to stabilize sugarcane prices, create jobs, remove restrictions in fishing, among others for the people in eastern Uganda. President Museveni has promised free education in primary, secondary and vocational schools, among others while campaigning in northern Uganda. Better healthcare, good roads, better education, more jobs, freedom, democracy, end of poverty are among other promises made by different presidential candidates during their campaigns in different districts across the country.