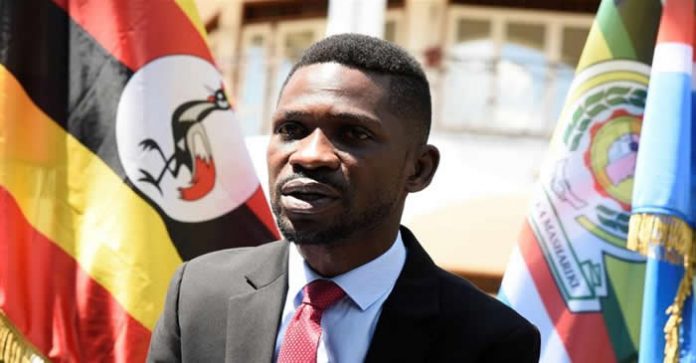 Kyadondo East Member of Parliament Robert Kyagulanyi alias Bobi Wine has made to this year’s ‘TIME 100 Next’ list of the most influential people in the world.

The platform ‘TIME 100 Next’ is a new list, part of an ongoing expansion of the flagship “TIME 100 franchise’- that carries out annual highlights 0f 100 global rising stars shaping the future of business, politics, entertainment, sports, health, science, and more.

Bobi Wine was listed under the category of ‘phenoms’ together with 16 others as individuals who have managed to achieve a lot in a short period of time.

The musician-turned politician was mostly for among others his revolutionary approach to the politics of Uganda especially after declaring that he will challenge President Museveni in the upcoming 2021 presidential election. That has been viewed as a bold step considering that the legislator just joined the political field just two years ago after winning a parliamentary bye-election.

In their statement regarding Bobi Wine’s inclusion in the list, ‘TIME 100 Next’ wrote;

“Ugandan pop star Bobi Wine spent his career singing about social injustice. In 2017, he decided to take things a step further by r unning for, and winning, a seat in parliament. Now the 37-yeal-old singer, whose real name is Robert Kyagulanyi Ssentamu, has set his sight higher, announcing in July that he will take on President Yoweri Museveni, who has ruled for the past 33 years through a combination of deft politics, questionable election practices and constitutional manipulation. “Eighty percent of our population is under the age of 35,” Wine says. “They deserve a leader who works for the future of Uganda, not for himself.” Wine’s growing popularity amounts to peril. He has been jailed, beaten, and charged with treason – proof, he says, that the President is running scared well in advance of the 2021 election and that change is on the way.”

In response to his listing, Bobi Wine said that it was humbling in a tweet, “this is exceedingly humbling. Dedicating this recognition to the young people of Uganda, especially the ghetto youth. May this be a reminder & encouragement that you’re not what your detractors say you are. You are what you choose to be.” Said Bobi Wine.

Democratic Party President Nobert Mao also congratulate Bobi Wine in a tweet, he said, “Our very own Bobi Wine has made it to the list of “TIME 100’. He’s in the category of “phenoms” ie. People who achieve a lot very quickly. Congratulations.”

Kenyan filmmaker Wauri Kahiu (artists) and South Sudan’s Model Adut Akech (advocates) are the other East Africans who made it to list in their corresponding categories.