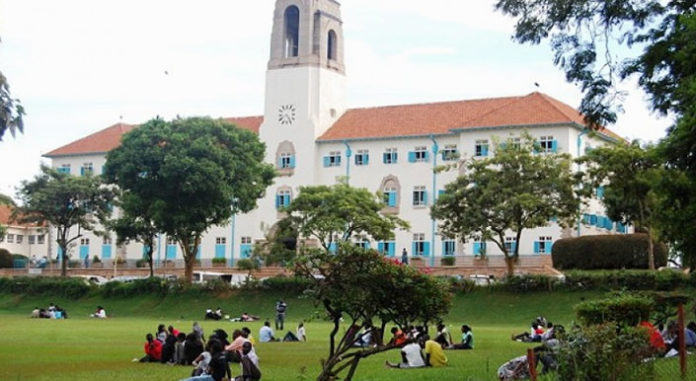 Education being one of the millennium development goals, Uganda has considered it as one of the key priorities to invest in. Uganda’s education started way back in the 1960’s with the smallest number of people in schools after which the number started to increase. In 1997, the national resistance movement with the leadership of Museveni brought universal primary education (UPE) offering free education to four children per family. Later, the government declared UPE free for all children in all families, which increased school attendants to roughly 80%. Education system in Uganda is done in three levels namely primary level, secondary level and tertiary level.

Primary level
This level is divided into pre-primary and primary categories of education. The pre-primary category is nursery school, which is done for three years in baby class, middle class and top class respectively. Children at the age of three years are allowed to join nursery school purposely to familiarize them with others, know how hold pencils, and speak well as they get ready for primary level of education.

The primary level starts with primary one and the legal age of join primary one is 6 years. Primary level takes 7 years education after which children sit for primary leaving education to qualify for secondary school. After the introduction of universal primary education the 1997, the number of enrolled children in primary increased from 3 million to 5.3 million pupils which number has continued to increase as the population of Uganda also increases. The challenge in primary teaching is the increased number of pupils with limited number of teachers making teaching difficult. Grading of primary leaving examinations has six grades with first grade from 4 aggregates to 12 aggregates, second grade from 13-24 aggregates, third grade from 25-29 aggregates, fourth grade from 30-34 aggregates and the remaining in the fifth and sixth grade.

Secondary education
This is split into two levels of ordinary level (O, level) and advanced level (A, level). Ordinary level entails senior one to senior four after which students sit for the Uganda certificate of education (UCE) to qualify for advanced level. Students in O, levels do ten subjects 8 of which are compulsory and two optional ones. Similarly, advanced level of education has two years of senior five and six. At the end of senior six last term, students sit for the Uganda advanced certificate examination (UACE) for them to join for the tertiary level. Students in A, level choose a combination of four subjects depending on their target courses when they join tertiary education.

Tertiary education
This is the highest level of education in Uganda. Students apply for different courses in which to specialize in and each of which has a different time of duration. At the end of the course, students are awarded with honors of different classes in relation to their performances. The awards start with first class degree, second upper, second lower and pass degree. Obviously student with fist class degree awards have greater opportunities compared to the others. Various tertiary institutions both public and private have been established offering different courses.

The leading public institutions for higher-levels education in Uganda include among others:

Makerere University (MUK)
This is the oldest and leading university/institution for higher learning in Uganda established in 1922 as the best institution for higher learning. The university is situated on one of the hills that make up Kampala city just kilometers from kamala’s central business district. In 1963, Makerere was made an East African university offering courses that qualified students for general degrees in the university of London. 95% of Uganda students study at Makerere doing different courses. Makerere is the third best university in the whole of Africa admitting students from all over Africa and other international countries to offer different courses in education.

Kyambogo University (KYU)
This is the second popular public university in Uganda established in 2003. Then university combines the former Uganda polytechnic kyambogo (UPK), the institute of teacher education, kyambogo (ITEK), and the Uganda national institute of special education (UNISE), which make it a big institution. Additionally, Kyambogo University is divided into six faculties and one school of management and entrepreneurship. These faculties include faculty of engineering, faculty of science, faculty of vocational studies, faculty of special need and rehabilitation, faculty of education and the faculty of arts ad social sciences. The university admits students from all arts of the world greatly assured of high quality education services.

Mbarara University of Science and technology
This is situated in Mbarara district abbreviated as MUST. The university was established in 1989 and is divided into two campuses. The main campus is located in Mbarara town on the Mbarara kabale straight whereas the kihumuro campus is found in the western part of Mbarara in kihumuro area. Mbarara university has three faculties namely faculty of medicine, faculty of applied science and technology and faculty of medicine. The three institutes in the university are the institute of interdisciplinary training and research, institute of computer science and institute of tropical forest conservation.

Gulu University
Established in 2002, Gulu University is a public institution divided into three campuses, which are the main campus in north east of the central business district, the second campus in kitgum town and the third campus in Hoima, which was started at the request of the Bunyoro kingdom. Promotion of computer science, environment, agriculture, accounting, education, and information technology and business studies was the purpose as to why this university was established. The faculties that make up Gulu University include faculty of education and humanities, faculty of medicine, faculty of law, faculty of agriculture and the environment, faculty of business and development studies and faculty of science. All these faculties offer different degree and diploma courses for different students.

Muni university
This is another public university located in west Nile in Arua district.

Interestingly, masters and PHD programs are also offered at the main campuses especially at Makerere University. This help lecturers to improve teaching skills and professionalism. Foreign languages such as Kiswahili, French, Germany and Arabic among others are taught in all universities in Uganda.

Conclusively therefore, the government of Uganda has invested much in the education sector which has increased literacy for Ugandans. This is a great achievement.