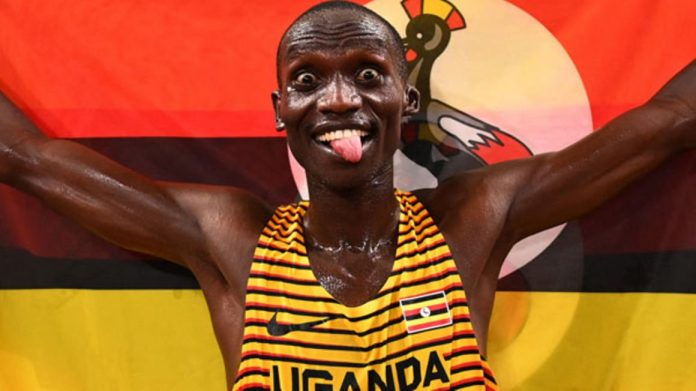 Joshua Cheptegei has won an olympic gold medal in the men’s 5,000 meters final in Tokyo on Friday. The 24-year-old won the race ahead of Canada’s Mohammed Ahmed and USA’s Paul Chelimo who finished second and third to claim silver and bronze respectively.

Cheptegei’s gold has extended Uganda’s Olympic medals to four for the first time in the country’s history. His medal came in addition to another gold medal won by Peruth Chemutai in the women’s 3000m steeplechase final and another silver and bronze medals won by Cheptegei himself and Jacob Kiplimo in the men’s 10000m final. Cheptegei has also become the first Ugandan in history to win two Olympic medals.

“It’s really a great moment. I made a small mistake and I was regretting having to become a silver medallist. I came here to become an Olympic champion and my dream has been fulfilled today in a beautiful evening,” said Cheptegei after the race.