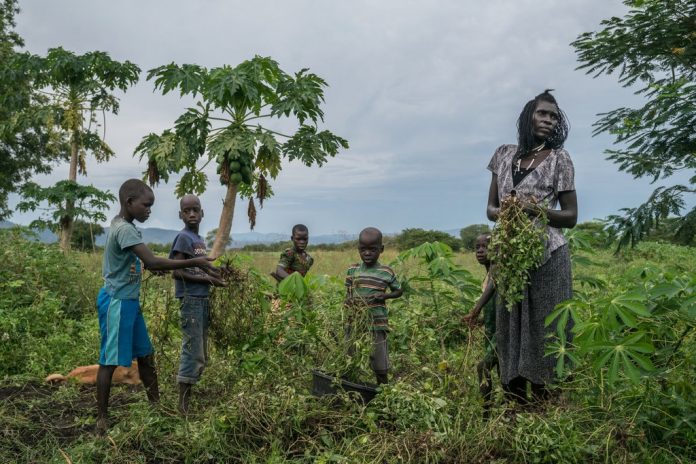 In Uganda, land is considered as the biggest asset one can ever own in their lifetime. Buying land is always the main target for everyone working including young people just beginning their career. Owning land in Uganda is considered as a key determinant in making wealth and the common formular followed is, make money, buy land and build a house.

This high demand has caused the scramble among the population to own land which has led to very many problems including evictions, civil conflicts, property destruction and sometimes loss of lives. The Uganda government has on several occasions tried to solve the land problems including enacting land laws to address the issues but with no success. The failure by the government to address land problems in the country is due to very many factors and here are some of the major ones;

Most of the land in Uganda is privately owned in what is known as a ‘freehold’ system. However many people fail to interpret who are the rightful owners of land under this system. Many fraudsters and corn-men exploit the loopholes in the freehold system to confuse tenants on such land by claiming ownership. There is no clear interpretation for people to distinguish between privately owned land and public land which has led to more conflicts. The Mailo land system which is common in central Uganda allows people to own land privately while part of that land belongs to the Kingdom of Buganda and institutions like churches. This system was introduced by the British colonialists who awarded mailo land to Buganda Kingdom as a reward for its collaboration and helping the British in conquering other parts of the country. Since then, tenants on mailo land are required to pay annual rent to either the Kingdom authorities or to the private owners who obtained it from the King as a reward for their services in the kingdom and loyalty.

Some people have manipulated the weak land system in the country to print fake titles claiming ownership of land which doesn’t belong to them. In some cases holders of fake land titles go on to sale such land leaving buyers, owners and tenants in bitter conflicts.

Most of private land owners especially those under the mailo system claim that they don’t benefit from their land due to low rent rates paid by tenants while others default completely. When called upon buy land owners to buy their plots of land to gain full ownership, many tenants claim they are unable to do due financial constraints. Due to this, many of them end up selling their land to others in order to gain some substantial financial benefit. This transfer of land from one owner to another results into fresh clashes between tenants and the new owners who in most cases try to evict them forcefully and sometimes destroy their property like crops and buildings.

Sometimes the government assigns land to an investor in order to establish large scale businesses like factories, hospitals, among others. Conflicts always arise on such land between the tenants occupying and the investors who usually try to evict them and start their projects. Such tenants always demand for full compensation from the government before they vacate the area even when the government claims they settled their illegally in the first place.

Some people get involved in land fraud by printing documents claiming ownership of land which initially was state-controlled. This is usually done in cases when such people anticipate that the government is soon using that for a development project like road construction. Such people go on to obtain fake titles to claim ownership of such land so that they can get compensated by the government when the project is due.

Many land conflicts have come up as a result of corrupt land officials who connive with fraudsters to issue more than one land title for a particular piece of land. They create a situation where you find different individuals claiming ownership of one piece of land with each having a title.

Courts of law handling cases in Uganda have also done very little to help solve land problems. Land cases in such courts tend to drag on for too long without delivering the required justice leaving tenants facing forceful evictions from their land in most cases. Magistrates in those courts have also been accused of taking bribes from wealthy parties involved in the case denying justice to other complainants.

Family misunderstandings regarding land have also resulted into land wrangles amongst members of the same family. These are mostly common in cases of land inherited from deceased parents where children fail to agree on how land should be divided amongst them. Some children go on to sale this inherited land without agreeing with the rest hence leaving them in trouble with the buyers.

Some people go on to occupy land without first seeking permission from the owners which later results into conflicts. Sometimes this land belongs to institutions like schools and churches which demand evacuation of all those who occupied their land illegally.