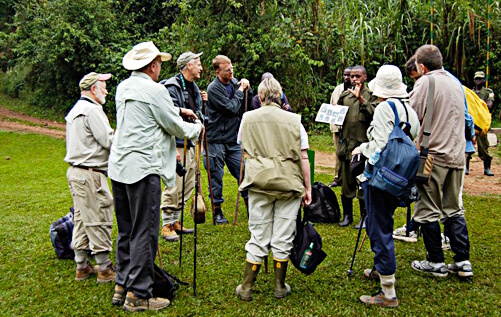 With effect from 30th November 2017, the discounted gorilla permits will be no more in Uganda to those coming for gorilla trekking. Since 2014, Uganda wildlife authority has been offering promotional gorilla permit prices at a cost of 450usd in the low season between the months of April, May and November for gorilla trekkers. Foreign non-residents have been paying 450usd, foreign residents 400usd and East Africans 150,000ush something that makes Uganda a place for budget gorilla travelers. The major reason why UWA offered discount on gorilla permits was to encourage budget travelers to enjoy a lifetime gorilla trekking at a fair rate. Uganda is a home to the highest population of mountain gorillas roughly half of the world’s remaining population making which make it a best gorilla destination. Despite Rwanda’s abrupt doubling of the gorilla permit from 750usd to 1500usd in early May 2017, Uganda has maintained its gorilla permit price at 600usd.

Previously, 600usd has been paid in the peak season between the months of June, July, August, December, January, February and March. This would be reduced to 450 in April, May, October and November. These months are also known as low season mainly associated with heavy rainfall, muddy and low visits. The budget prices was therefore aimed at attracting the highest gorilla trekkers in this low season as well as introducing all travelers to the treasures the pearl of Africa offers.

Unlike gorilla trekking prices, gorilla habituation will keep at 1500usd allowing travelers to spend half day with the gorillas. Uganda wildlife authority is responsible for issuing out these permits to all travelers coming for gorilla safaris in Uganda to Bwindi impenetrable forest national park and Mgahinga gorilla national park forest . All permits require advance booking and payment of the booking fee is highly recommended to ensure timely allocation of gorilla families and avoid disappointments at the last hour. Gorilla habituation allow travelers to walk along with a group of conservationists, researchers and gorilla doctors to train the wild gorillas to get familiar with people.

The removal of the discounted gorilla permits is to deal with an increased demand for gorilla permits since Uganda has taken up Rwanda market due to the very expensive Rwanda’s gorilla permit. Similarly, a uniform gorilla permit cost is to support the conservation of the endangered mountain gorillas in Uganda hence ensuring sustainable gorilla tourism.

Low budget gorilla travelers are therefore reminded to book in the remaining days of October and November to enjoy this ending privilege. Other gorilla trekking rules such as seven-meter distance, keeping low tone, not littering in the park and avoiding close contact with the critically endangered gorillas are similar.
Conclusively therefore, Uganda is the best place for gorilla trekking. Be part of the Uganda safari and enjoy the once in life gorilla experience.