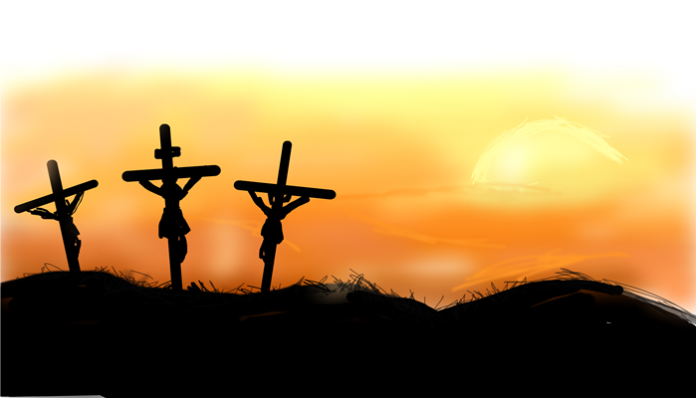 What is Good Friday?

Good Friday is Christian-celebrated day commemorating the crucifixion of Jesus Christ, his death and the redemption of Christians. It is the Friday that precedes the resurrection Sunday and falls within the holy week in Christianity. Some Christian Communities refer to Good Friday as Holy Friday or Great Friday. Christians celebrate Good Friday to remember the pain and persecution that Jesus went through in order to redeem them from their sins. It is used as a day for Christians to renew their faith in Jesus and follow Him as a way of showing gratefulness for what He did.

What happened on Good Friday?

Good Friday is hugely earmarked as the day that Jesus was crucified on the cross for the redemption of Christians from their sins. However, before the crucifixion, several events happened on the same day that include the betrayal and handing over of Jesus to the soldiers by Judas Iscariot, the persecution of Jesus, denial of Jesus by His disciple Simon Peter, the trial of Jesus by the governor and chief priests, among others.

How is Good Friday Celebrated?

The various Christian denominations that observe Good Friday celebrate it with fasting and Church services. The Catholic also perform the “way of the cross”, in addition to the Church service by selecting some members to carry the cross to different points in the demarcated journey as a way of imitating how Jesus carried His cross. During the Church service, holy communion is shared by eating the bread and drinking wine, which represent the body of Christ that was bruised and His blood that was shed for people respectively. Priests and Pastors also use the Good Friday Church service to call and encourage people (altar call) who have not yet confessed Jesus Christ as their Lord and savior to do so.

When is Good Friday celebrated?

The date of Good Friday changes each year on both the Gregorian and Julian calendars. The variation in the dates is a result of the disagreement between Eastern and Western Christianity over the computation of the date of Easter.

What about Easter Sunday?

Easter Sunday, also called Resurrection Sunday among Christian communities is a day that commemorates the resurrection of Jesus Christ from the dead. According to the Bible in the New Testament, the resurrection happened on the third day after the crucifixion, death, and burial of Jesus. Easter Sunday is the climax of the 40-day fasting period (Lent) among Christians which is coupled with prayer and penance. Christians believe that the resurrection of Jesus on Easter Sunday marked the final event of their redemption from their sins and acquiring of eternal freedom and peace from God. This explains why the day is heavily celebrated with joy and feasting coupled with praising and worshipping in Churches worldwide among the Christian communities.

What happened on Easter Sunday?

According to the Bible, early in the morning of the third day after the burial of Jesus, Mary the mother of Jesus went to the tomb where he had been buried to take there some fragrance and other items of honor. However, upon reaching, Mary found the tomb open and the stone rolled away. She saw an Angel sitting on one of the stones in the tomb who told her that Jesus whom she was looking had resurrected from the dead. She ran and told Jesus’ disciple who also ran to the tomb to confirm the news. Later on, Jesus appeared to them and confirmed His resurrection from the dead and the news started spreading everywhere.

What about Easter Monday?

How is Easter celebrated in Uganda?

Uganda, being largely dominated by Christianity (85%), all the Easter events starting from the beginning of the Lent period, Good Friday, Easter Sunday and Easter Monday are widely observed. All the three days are observed as public holidays in Uganda. There are Church services on Good Friday and Easter Sunday all Church across the country to commemorate the death and resurrection of Jesus respectively. There are several entertainment events including music concerts, sport competitions, and festivals organized across the country to celebrate Easter Sunday and Easter Monday.