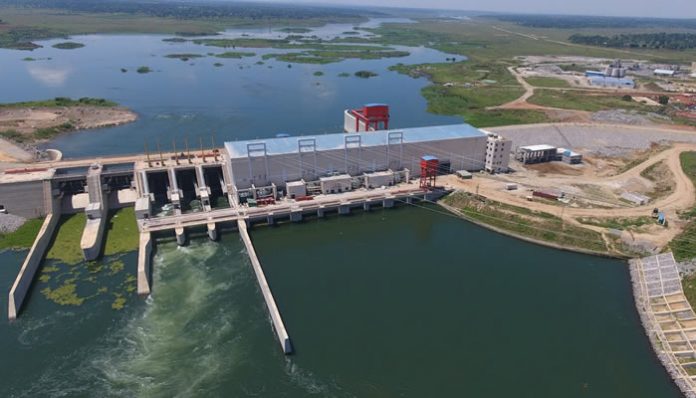 President Yoweri Museveni has commissioned Shs2 trillion Isimba hydropower dam in Kayunga district. While commissioning the project, Museveni turned on four turbines of the 183MWs dam in the presence of cheering high profile dignitaries that accompanied him.

The construction of the dam took four years and consumed US$ 566 million (Shs2 trillion) of which 85% was a loan from Exim Bank of China.

While commissioning the project, the president asked the people of Kayunga to use the opportunity of such projects to eliminate poverty from their homes. He added that the ruling party, the National Resistance Movement (NRM), which he heads has put in place necessary infrastructure for people to fight poverty in their households.

The president also extended his appreciation to the Chinese government for financing the construction of the project, describing the government of China and its people as friends of Uganda and Africa in general.

After the commissioning of Isimba hydropower dam, Museveni said that his government is now going to embark on electricity and railway.

In his remarks, the president said, “We have also constructed many roads and will continue to construct many more. But now our emphasis is on electricity. And soon every part of the country will have electricity. We will also re-establish the old train transport system and construct a new one. Train transport is more cost effective compared to road transport”.

The 183MW Isimba Hydro Power Project (HPP) is located 4km downstream of Simba Falls along River Nile, 50km downstream of the source of the Nile at Jinja. Kayunga is the nearest town to the project site and its about 21km and 65km from Jinja town.

The 183MW will be produced by four vertical Kaplan turbine generator that will be installed in the power station each with a capacity of producing 45.8MW.

With the completion of the project, the installed electricity capacity in the country will gross 1,000 megawatts, a significant increment in the power supply that the government hopes will prompt tariff reduction for large-scale consumers supplied from the national grid.

The Permanent Secretary for the ministry of energy, Mr. Robert Kasanda said that they expect a marked reduction in the cost of electricity when the ongoing construction of the 600 megawatts Karuma dam is completed and followed by the upgrade of the distribution structure of electricity transmission.

Mr. Kasanda added that modernizing the transmission and distribution network of electricity will help to reduce the cost brought about by the energy losses that are accelerated partly by old infrastructure hence leading to hiked power tariffs.

Senior officials from the government predict that the relief from high tariffs to industrialists that will be derived from the increased power supply will enable them to produce goods more efficiently and cheaply hence lowering market prices and stimulating demand to boost economic growth.

According to the Uganda Electricity Generation Company (UEGCL), the electricity generated at Isimba will be sold at about $5 cents per unit and this will be 3 cents lower than what is charged for the power from Bujagali dam.

The spokesperson of UEGCL, Mr. Simon Kasyate said: “The construction and completion of Isimba dam give confidence to investors that Uganda has adequate and reliable electricity to power investment”.