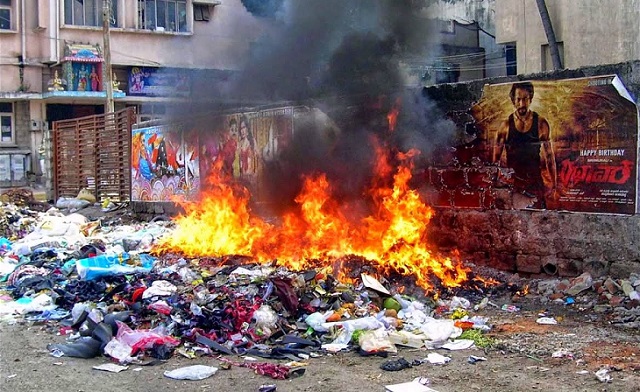 The World Health Organization (WHO) has issued New Global Health Guidelines which recommend new air quality levels that all countries need to achieve by reducing the negative effects of air pollution on human health. The new air quality guidelines present an opportunity for countries to sensitize their citizens about the impact of air pollution on human health, economy and the environment as well as actions that people can take.

According to WHO, air pollution can be defined as contamination of indoor or outdoor environment by toxic chemical, physical, biological compounds that modifies the natural characteristics of the atmosphere. Human activities including transportation, manufacturing industries, household combustion devices and open burning of waste release toxic gases such as carbon monoxide, nitrogen oxide, sulphur dioxide which cause air pollution-related diseases such as lung cancer, asthma, among others that contributes to over 7 million global premature deaths annually. Therefore, air pollution poses a big threat to our health and natural environment.

Uganda in particular, a country where over 30,000 people die annually from air-polluted illness emerged as the world’s 30th most polluted country on the planet and her capital city Kampala was 5th among the most polluted African cities as indicated by the World Quality Air report 2020. The rankings were done by AQAir a Switzerland based organization that measures the level of quality air based on concentration of lung-damaging airborne particles known as ‘Fine Particular Matter’ (PM2.5.). There are five categories of air quality index categories according to the Environmental Protection Agency (EPA) and the higher the PM levels in the air, the greater the health risk as indicated in the table below:-

Despite the global rankings, there’s little national data available for Uganda which is a major challenge in the fight against air pollution. Therefore, there’s need to know how bad or good the air is and the most dominant source of pollution to be able to address the problem. For that reason, the National Environmental Management Authority (NEMA) undertook a study to find out the levels of pollution in Kampala city during the covid-19 pandemic in 2020.

Results indicate that transport sector alone contribute about 60% and experts suggest that regulating emissions from vehicles and motorcycles would greatly reduce air pollution. Kampala the commercial center of Uganda has a population of 1.6 million people and is divided into 5 divisions including central, Rubaga, Kawempe, Makyinde and Nakawa where 25 monitors have been installed.  The city hosts 32% of the manufacturing industries which also contribute to air pollution in addition to transport sector through their activities including metal and plastic melting.

To close the gaps in air quality data, the AirQo network was formed in 2015 aiming to improve urban air quality through technology, monitoring and research in Sub-Saharan Africa and has since deployed over 100 devices monitors to help combat air pollution across Uganda. In particular Kampala Capital City Authority has installed 25 monitors across the five city divisions which are used to predict the levels of air pollution. For instance, long-term monitoring data from AirQo indicates that pollution is highest in the morning and evening, and lowest in the afternoon during hot sunny days and the average concentration is between 26.1 to 55 ug/m3 in Kampala city.

Despite the good to moderate measure of air quality index, Kampala city is prone to poor air quality. The Kampala Clean Air Action Plan a public-private partnership supported by United Nations Environment Program (UNEP) has put strategies in place to reduce pollution in the city including tree planting, introduction of public train transport, provision of affordable clean fuels for household cooking and heating, tarmacking of roads to reduce dust, development of pedestrian and cycling friendly routes within the city center, improving access to clean water and investment in energy efficient power such as solar and biogas. Furthermore, the experts argue Ugandans to limit exposure to air pollution while minimizing activities that contribute to poor air quality including avoiding open burning of rubbish and idling engines in traffic, adopting cleaner cooking practices, embracing sharing and servicing cars in time.