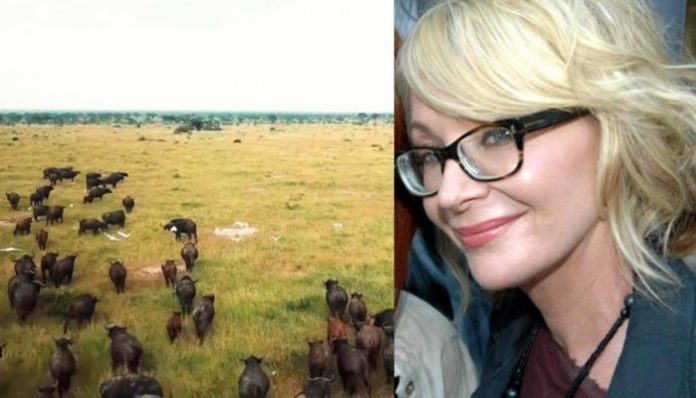 The American tourist and a Ugandan driver guide have been rescued after spending 5 days in abduction. The duo was kidnapped by gunmen last week on Tuesday in Queen Elizabeth National park in western Uganda as they were enjoying an evening game drive in the savanna park.

Kimberly Endicott, 35 and Jean-Paul Mirenge were released on Sunday evening after they were kidnapped by unknown gunmen on 2 April. After the kidnap, the kidnappers used one of the victim’s phones to call authorities and demand a ransom.

Yesterday the officials said that the victims were released unharmed, in good health and in safe hands of the security team.

Following the kidnapping on Tuesday, there was a heavy deployment of security teams including the military and tourism police that worked together to rescue the victims.

Government spokesperson Ofwono Opondo said that they were rescued by the Uganda security forces in Democratic Republic of Congo (DRC) and that they are now in Kanungu district in Southwest Uganda.

However, there are reports that the victims were released after the tour company that had arranged a safari for Ms. Kimberly paid the ransom of $500,000 to the kidnappers as they had demanded.

The US President Donald Trump after learning about the release of the victims took to Twitter the celebrate the good news “Pleased to report that the American tourist and tour guide that were abducted in Uganda have been released. God bless them and their families!”

Although the president tweeted to exhibit his excitement about their release, last week the US Secretary of State Mike Pompeo reiterated the US government’s policy of not paying ransoms when talking about the incident in Uganda.
“Please remember that any payment to a terrorist or a terrorist regime gives money so that they can seize more of our people,” he said. “Even a small payment to a group in, say, Africa can facilitate the killing or seizure of tens or even hundreds of others, including Americans or foreign nationals in that region.”

Mr. Pompeo said this last Tuesday while at the event of families of US citizens held captive overseas even before the news of the tourist’s abduction was out. He added that he understands the anguish among the relatives of the victims but paying ransoms empowers the abductors and leads to more kidnappings.

Ms. Kimberly Sue Endicott who lives in Costa Mesa California was traveling with another elderly couple from Canada together with their driver Jean-Paul Mirenge. The elderly couple was left unharmed though kidnappers robbed some of their property and also ran away with the car keys.

Queen Elizabeth National Park is Uganda’s second largest national park after Murchison Falls national park in the Northwest. The park is one of the major highlights of Uganda safaris known for hosting a variety of wildlife species including mammals, birds, reptiles, and primates.

Away from the kidnap incident, the park has been very safe for tourists despite being near the border with DRC with numerous rebel groups operating in the Eastern part of the country near the border.

The insecurity in the region has paralyzed safari activities in Virunga national park where two British tourists and their drivers were kidnapped last year and released after two days. The incident led to the temporary closure of the park until February this year when it was reopened.