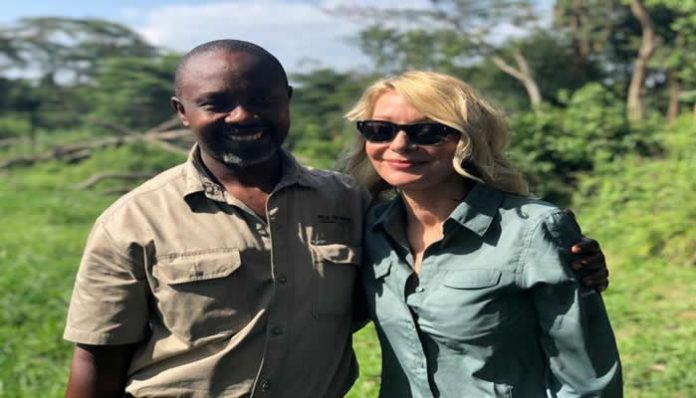 Two men have been arrested as suspects regarding the kidnapping of a US tourist, Sue Endicott and a Ugandan guide, Jean-Paul Mirenge last week on Tuesday in Queen Elizabeth National Park.

Sue and Paul were kidnapped by four gunmen on the evening of 2 April while they were having a game drive in the park before they were released on Sunday.

The gunmen demanded a ransom of $500,000 when they called using the cell phones of the victims.

The statement from the Uganda police indicated that the two victims were rescued from the Democratic Republic of Congo through a joint effort from the Uganda Peoples Defense Force (UPDF) and other security agencies.

There are other reports indicating that the US military also helped to provide support to the local forces in form of intelligence, surveillance, among others to rescue the victims.

On Monday this week, Inspector General of Police, Martin Okoth Ochola handed over Ms. Endicott to the US Embassy in Kampala.

The two suspects that have been arrested include Hakim and Kwarishiima. According to sources, the two were arrested from Kanungu district after being tracked using a device that was placed in the ransom money they received before they set the victims free.

A tweet from police on Tuesday said, “The joint security actively investing the kidnapping incident and successful recovery of an American tourist Ms. Kimberly Sue Endicott and a Senior Tour Guide, Jean-Paul Mirenge-Remezo, has made some arrests of suspects, on suspicion of being involved in their kidnap”.

On Monday the US president Donald Trump had tasked the government of Uganda to arrest the kidnappers and bring them to justice.

“Uganda must find the kidnappers of the American tourist and guide before people will feel safe in going there. Bring them to justice openly and quickly,” tweeted president Trump.