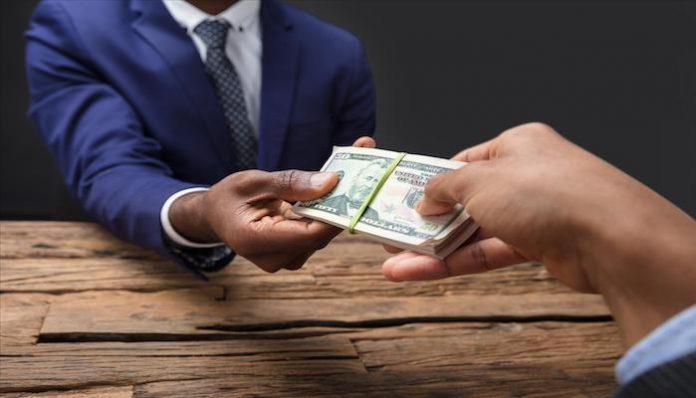 Transparency International, a global organization with the main objective of ensuring a corruption-free world has released its annual report of Corruption Perceptions Index (CPI) of 2020.

The CPI report is published each year ranking about 180 countries worldwide in terms of corruption levels in each individual country. Countries are ranked using score counts between 0 and 100 with zero being the lowest or worst score and 100 the highest or the best.

The 2020 CPI showed that most countries have made little or no progress in tackling corruption and majority of them continue to score below 50.

“This year’s Corruption Perceptions Index (CPI) paints a grim picture of the state of corruption worldwide. While most countries have made little to no progress in tackling corruption in nearly a decade, more than two-thirds of countries score below 50. Our analysis shows corruption not only undermines the global health response to Covid-19, but contributes to a continuing crisis of democracy.” Reads part of the executive summary of the report.

In 2019 CPI report, Uganda was ranked 137th out of 180 countries with a score of 28 which was way below the global average of 43. In 2020, Uganda dropped even further into 142nd position with a score of just 27. This indicates that the corruption problem in the country is just getting worse despite a number of institutions and measures put in place to control it.

How other East Africa countries performed

Rwanda is the only country in the region that scored above the global average of 43 in the 2020 CPI with a score count of 54 and in an impressive position 49th out of the 180 ranked countries. Tanzania is the second in the region though falling below the average with 38 in 94th position, Kenya follows with 31 and ranked 124th, Burundi scored 19 in 165th position, D.R Congo scored 18 in 170th position while South Sudan emerged as the worst country both globally and in the region with the lowest score of 12 at the bottom of the list together with Somalia.

Sub-Saharan countries continue to struggle with the corruption problem

The 2020 CPI report has yet again indicated that the Sub-Saharan region continues to be the worst in the world in managing the corruption problem. The region has the world’s lowest average score of 32 and this has been the case even in previous years showing no improvement at all.

The report also acknowledged the impact the Covid-19 pandemic has had in escalating the corruption problem worldwide especially in the developing world.

“2020 proved to be one of the worst years in recent history, with the outbreak of the global Covid-19 pandemic and its devastating effects. The health and economic impact on individuals and communities worldwide has been catastrophic. More than 90 million people were infected and nearly 2 million people lost their lives around the world. As the past tumultuous year has shown, Covid-19 is not just a health and economic crisis, but a corruption crisis as well, with countless lives lost due to the insidious of corruption undermining a fair and equitable global response. Reports of corruption during Covid-19 have reverberated across the globe.” Read part of the report.

Transparency International suggested a few recommendations to help countries curb the corruption problem which include the following;