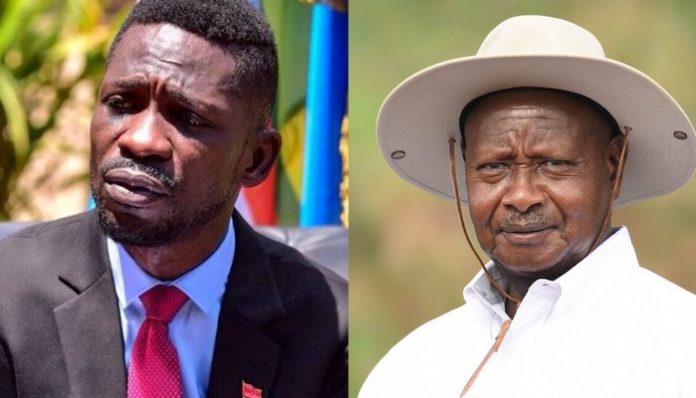 The countdown to the 2021 general elections in Uganda continues with the presidential race the most heated up as the country moves into another uncertain political period once again.

According to the Electoral Commission (EC), so far 36 candidates have picked forms to run for the top most job in the country including familiar figures like Robert Kyagulanyi Ssentamu alias Bobi Wine the leader of National Unity Platform (NUP) and People Power movement and Mugisha Muntu of Alliance for National Transformation (ANT). Others who have picked nomination forms include former presidential aspirant Maureen Kyalya, Charles Rwomushana, a renowned social critic, Dan Matsiko, former FDC presidency candidate, Charles Bbale, a businessman, among others.

Those who have picked nomination forms will now embark on collecting the required signatures from across the country in order to be endorsed by the EC as presidential candidates. The EC requires presidential aspirants to collect at least 100 signatures per district from two thirds of all the districts in Uganda. Given the current total of 144 districts in the country, aspirants will be required to present a minimum of 100 signatures from at least 108 districts with each signatory only allowed to nominate one presidential aspirant.

President Museveni who has been nominated by his NRM Party as a sole presidential candidate, has not yet picked nomination forms from the commission. Main opposition Forum for Democratic Change (FDC) has also not yet declared their presidential flag bearer with the process of selecting expected to be concluded soon. The FDC was dealt blow last week after being notified that their presidential candidate hopeful Dr. Kiiza Besigye who contested in all the previous four presidential elections will not be running this time.

In order to control the spread of Covid-19 in the country, the Electoral Commission instructed all electoral aspirants to campaign through digital means using avenues like radio, TV, social media and internet. Although the instruction was supported by the government and president Museveni, many dismissed it especially those in the opposition claiming that it is a deliberate move to deny them an opportunity to reach the voters while favoring president Museveni using controlling the spread of Covid-19 as a coverup.

Others who complain about digital campaigns claim that most of the private radio stations and TV are owned by politicians who belong to the ruling NRM and therefore they may deny opposition candidates access to such stations. Other challenges include the limited coverage of TV and radio in the country with some remote not reachable on air. It has also been pointed out the method marginalizes voters who do not own either TV or radio by denying them a chance to hear or watch their candidates campaigning.

Upon receiving several complaints about digital campaigns from different groups including politicians and other social groups representing voters, the EC made some adjustments in order to make the system more favorable. Among the modifications revised by the EC, the commission allowed candidates to meet a sizeable number of their supporters who should observe Covid-19 control guidelines set by the ministry of health including social distancing and wearing face masks.

Police partiality in the race

The pronouncement of digital campaigns by the Electoral Commission has led to the intervention of the Police in almost all political activities towards the elections in order to enforce the directives aiming at controlling the spread of Covid-19. However, the opposition has accused the Police of targeting only their meetings while leaving NRM politicians to freely hold their meetings with huge numbers of people even when they are not observing the Standard Operating Procedures (SOPs) set in place to control the spread of the pandemic. On several occasions, the Police have stopped Robert Kyagulanyi Ssentamu who is NUP’s presidential flag bearer from appearing on talk shows on radio and TV while giving no concrete reason. The opposition has now called upon the EC to engage the Police and guide them on how to work with them amicably without causing any tensions and to eliminate the partiality.

The plans by the opposition to field a single presidential candidate to challenge president Museveni in 2021 elections are still fruitless with many candidates from different parties coming out to express interest. Leading opposition politicians like Hon. Kyagulanyi Ssentamu and Dr. Kiiza Besigye claim that negotiations for a single candidate are still ongoing and it still remains to be seen if they will finally reach a consensus. Other prominent figures in the opposition like Mugisha Muntu of ANT and Nobert Mao of DP have also claimed that they are open for the idea of a single candidate as long as a consensus can be reached.

As negotiations for a single opposition presidential candidate are still far from over, many politicians from old political parties have already crossed over to join the Mr. Kyagulanyi’s National Unity Platform. The party has already received 17 Members of Parliament majority of whom have come from DP and others from NRM. They have expressed their support to Mr. Kyagulanyi whom they say that he is the right candidate with the ability to oust president Museveni from power and take the country forward.