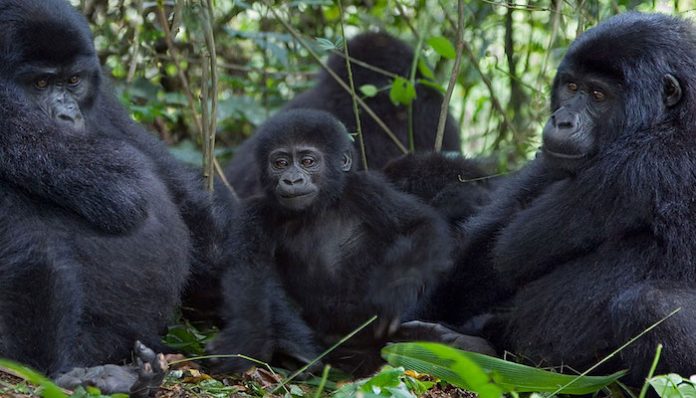 Tourism is the leading foreign exchange earner for Uganda through popular tourist attractions especially gorilla trekking but unfortunately the sector has been severely hit by the Coronavirus pandemic. The suspension of international travel world-wide in order to control the spread of the pandemic has left global tourism crippled with tourists unable to move from one destination to the other.

In 2018/19 financial year, Uganda earned Shs5.8 trillion from tourism which made the sector the leading foreign exchange earner for the fifth year in a row. The sector accounted for 7.7% of Uganda’s GDP and created over 667,600 jobs but all this has been undermined by the pandemic.

However, regardless of all this, there is still hope that the sector can be revived and people earn big again from it if the government can put some efforts in domestic tourism. Government and other tourism agencies like the Uganda Tourism Board (UTB) are urged to use the Covid-19 pandemic as a pointer and realize that this is the best time to tap into the potential of domestic tourism.

It is shame that out of the 7.7% sector contribution to the country’s GDP, only 1% was realized from domestic tourism. But this can potentially change if the government can change its approach and focus on how to get something from the current tourism environment in one of its best performing sectors.

Domestic tourism should be the answer during the off-peak season in order to sustain the industry and this is exactly what Covid-19 has brought. The pandemic has not only deprived Uganda’s tourism of the peak season but also brought the worst season in the industry.

UTB should now devise ways how it can make the most of domestic tourism emphasizing on key areas like product development since most tour operators have been selling similar products over the years. A boost from domestic tourism could be a big relief in such a time where most workers in the industry have lost jobs and income due to the suspension of international travel.

Domestic tourism could still flourish even under the current health measures against the spread of the pandemic as the cost of testing tourists would be too much minimal compared to the revenue generated.

Other ways in which UTB can encourage domestic tourism include considering giving some incentives to a company that can decide to take its employees on a tour in one of the national parks or gazetted tourist centers. Government should also consider ways in which it can entice companies to go to the country’s tourist destinations like national parks.

For a long time, there has been a mentality that tourist attractions are reserved for foreign tourists but it is high time this changes especially with circumstances like Covid-19 and its negative impact on the industry.

The Uganda Wildlife Authority (UWA) has designed attractive tourist rates for domestic tourists with the locals paying far much lower than their foreign counterparts. Even with some premium packages like gorilla trekking where foreign tourists are paying as high as &600 per person to see the gorillas, locals including East African citizens are charged only Shs250,000 per person for the same activity.

Other tour activities that domestic tourists can exploit at cheaper rates include game drives in Uganda’s beautiful and large parks like Murchison Falls National Park, Queen Elizabeth National Park, Kidepo Valley National Park, among others. Some of the attractive wildlife species in these parks worthy your visit include big mammals like lions, elephants, buffaloes, leopards, rhinos, giraffes, zebras, hippos, among others. Other species include birds, primates like chimpanzees, monkeys, and baboons. Non-wildlife attractions include adventurous encounters like white-water rafting, kayaking, bungee jumping at the source of River Nile at Jinja, which is the longest river in the world. Others include mountain climbing at the Rwenzori, the third-highest mountain in Africa and at Mount Elgon at the border of Uganda and Kenya.