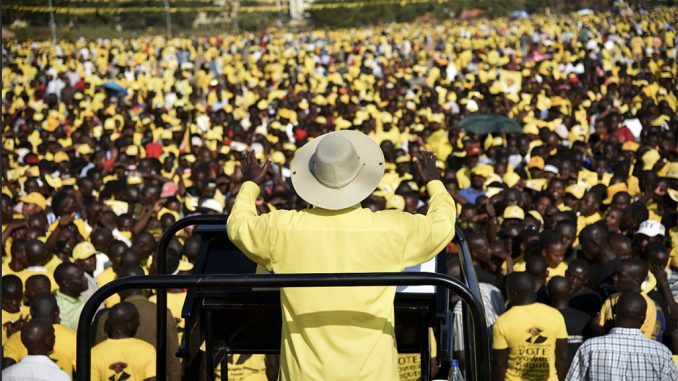 How can a country in a ripe political period of elections effectively control the spread of Covid-19 while at the same time fulfilling its political demands? I believe this is the right question to ask in countries that find themselves in the same situation like Uganda today.

What a conflict of interests here! But can we find an ideal situation for these two essentials to thrive simultaneously? I mean the people to fulfill their constitutional right and duty of electing their leaders and at the same time protect their lives from Covid-19. Well, some countries on the continent like Burundi, Malawi and Mali have shown us that it is possible to hold elections amidst the struggle to control the spread of the pandemic though we cannot tell the extent at which the exercise contributed to the spread of Covid-19 in these countries in the aftermath of the elections.

Calls for suspension of elections

Following the confirmation of the first Covid-19 case in Uganda in late March, several politicians especially those in the opposition called upon the Electoral Commission (EC) to suspend elections so the country may focus on fighting the new enemy. Others called upon the government to declare a state of emergency in order to be in the best position spearhead the fight against the spread of the pandemic. All these calls were subsequently ignored by both the EC and the government who went ahead to release the election roadmap and measures to control the spread of the pandemic respectively.

After ignoring the calls to suspend elections, the EC went on to declare that campaigns for the forth-coming elections will be conducted virtually using radio, TV and internet in order to limit contact to curb the spread of the virus. This move left many politicians disgruntled claiming that they will not be able to reach all their voters via this avenue since many of them don’t even own a radio or TV set while a few have access to the internet.

After the declaration of virtual campaigns, all politicians were warned by the EC to avoid holding political which may bring people together and end up aiding the spread of Covid-19. With this declaration, the Police took it upon themselves and started dispersing any such meetings though it left opposition politicians more disgruntled claiming that the Police only targets their meetings leaving those of NRM, the ruling party to go on. This has been advanced to the level of stopping some opposition leaders from even being hosted on radios and TVs with the police claiming that this will attract their supporters to gather outside hence promoting the spread of the virus. On several occasions police has been seen using tear gas and firing bullets to disperse these supports and all this has been done in the name of controlling the spread of the virus, something which has caused a very big controversy. Indeed, in August one of the presidential aspirant Robert Kyagulanyi Ssentamu alias Bobi Wine took to court senior police officials for illegally stopping him from talking on a radio program in Mbale yet he had already paid for the service.

The saga of NRM primary elections

While opposition politicians have been accusing police of being partial in their operations, the recent saga involving the NRM party primary elections did little to help the situation. The uninterrupted huge gatherings and congregations of NRM supporters during campaigns and polls showed that the government’s covid-19 control guidelines including social distancing remain in theory. Secondly, it also indicated that the police is only bothered when opposition supporters meet as if Covid-19 does not spread among NRM supporters. This has continued to divide opinions regarding whether the government is really serious in its fight against Covid-19. Some opposition politicians have gone on to state that the government falsely used the fight against Covid-19 to intentionally deny them a chance to meet, mobilize and talk to their supporters.

Opposition vows to abuse the measures

After witnessing their NRM counterparts acting contrary to the guidelines of controlling the spread of Covid-19 and the police doing very little to let them observe the measures, opposition politicians have also vowed to do the same. Whether the police will let them do this freely like they did to the NRM members, it remains to be seen. However, one may be left wondering where this leaves the country’s struggle against the spread of the pandemic. It should be noted that Uganda has so far registered over 3,600 cases of Covid-19 and 41 deaths while over 1,600 have recovered according to the Ministry of Health.