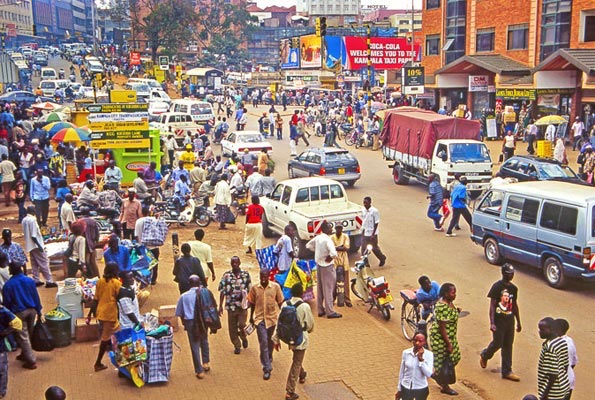 Kampala is one of the busiest cities in Africa with a huge population of over 3 million people. The city is surrounded by a number of slums which mostly accommodate low income earners majority of whom operate in the city centre to earn a living. The city is mostly filled with young people below the age of 30 who leave their villages to tap into the city’s income-generating opportunities.

Unfortunately, not everyone who comes to Kampala succeeds in getting what to do due to a high unemployment rate in the city and other parts of the country. Those who lose out in the fight for the few employment opportunities available are left to live miserably in the highly costly and challenging life of Kampala. This has resulted into a high crime rate in the city and its surrounding areas with major cases including theft, fraud, robbery and sometimes murder.

With such unfriendly environment in the city, one needs to be extra careful while passing through or doing business in Kampala especially visitors and those who come to the city for the first time. Here is our guidelines on how to avoid thieves, conmen, and fraudsters in Kampala city;

It is not recommended to move in Kampala city and surrounding towns beyond 10 PM. This is the time when criminals are roaming around targeting to steal property of those still walking on streets. If you are accidentally caught up by time in the city, try to hire an authorised and licensed taxi to transport you back to your home or wherever you will spend the night.

Many people have fallen victims of thieves who snatch away their phones while talking or handling them on Kampala streets or inside taxis. Never be tempted to pull out your phone from your bag or pocket while still on the busy streets and arcades of Kampala because that maybe the last time you see it.

Buy products from only authorised dealers and shops

There are hundreds of shops along streets of Kampala but unfortunately most of these sell poor quality and counterfeit goods. Do not be tempted by the cheap prices they offer you especially for electronic products like phones and laptops. Try to locate authorised dealers and shops like telecom service centres or shopping malls and do your shopping from there.

There are many fraudsters in Kampala who stand along streets and call those passing by for several reasons. Some pretend to be selling products while others may disguise to be in need of help but their main aim is to steal from there victims. If you are so compassionate, you can drop a few coins or notes in the bags to the disabled and sickly who line up along the streets and move on.

It is a common practice for conmen in Kampala and surrounding towns to approach travellers and introduce enticing deals to them which include earning lots of money. Some pretend to be having expensive valuables like gold and diamond which they promise to give you if you offer them the services they need including financial transactions. Many people have fallen victims of this and some even collapse after realising that the gold or diamond package given to them carries stones and other fake products instead. The best way to guard yourself from this is to simply walk away and tell them you are not interested in any deals or you are not ready to offer the service they need.

Fraudsters in Kampala usually call people and tell them they they have won prizes from telecom companies and other big organisations. In return they ask them to first send them so money in order to receive the prizes which include cash, cars, motorbikes, houses, phones, among others. Some suggest enticing deals which will result into earning millions of money while others claim to have sent money mistakenly to your phone and ask you to send them back a lesser amount and enjoy the balance. In most cases they first send misleading text messages to their victims which show that they have received money before they call to ask for it. If you find yourself in this situation, it is better to first check your mobile money account balance to confirm whether you have received any money before sending the amount they have told you. For those promising prizes and deals, just ignore them or simply tell them you are not interested.

Handle tightly anything you are carrying while passing through the city

Thugs usually target those walking through the city and forcefully snatch away the property they are carrying. They majorly target women’s handbags, phones, cash, luggage, and other light items. It is highly recommended to always be alert and handle anything you are carrying tightly as you go through the city.

Use only gazeted taxi parks and stages for transport

For transport services in the city, it is recommended for travellers to go to gazeted taxi parks or stages for motorcycles. Never board vehicles or motorcycles of freelance motorists who drive and ride along the streets picking passengers because thieves usually use this method to pick and rob travellers of their property. It is also advisable to record the number plate of any vehicle or motorcycle you board before using it.

If you need any kind of help while in the city, go to a nearby police station

Avoid asking for help from anyone while in Kampala city. This may alert thieves of your vulnerability and capitalise on it. If you find yourself in a situation where you need to be helped out, it is advisable you go to a nearby police station for your safety. They will be able to help you without putting your life or property in danger.

Exchange money from banks or authorised forex bureaus only

There are many money-exchanging agents in Kampala but not all of them are genuine. If you go to a wrong agent, you are likely to be given counterfeit currencies which may leave you stranded in the city. It is recommended to go to a bank or an authorised forex bureau and do all your financial transactions from there.

If you are need of shopping but not very familiar with the city, it is advisable to avoid going to downtown’s over-crowded shopping centres as they accommodate a lot of criminals targeting shoppers. There are safer shopping areas like shopping malls which guarantee your safety and that of your property.

Withdrawing large sums of money from mobile agents can easily expose you to thieves in town. They usually hang around these money points to target those they see withdrawing large amounts. In case you need to withdraw such big monies, it is better to carryout the transaction from the bank or at the ATM.

Do not give your luggage to anyone to carry

There are many wrong elements in town who pose as luggage carriers but in actual sense targeting to steal such items from the owners. They usually stand around offloading points targeting passengers with heavy luggage only to run away and disappear with it after being hired to carry it.

Thugs in town have mastered the art of identifying travellers with large sums of money. Once identified, they trail them and attack and rob them at dangerous places where they can’t get any help. It is recommended for travellers to move with less cash just enough to buy what they want while the rest of transactions can be done in safer places like banks.

Eating food from small and crowded restaurants in town can easily expose you to thugs and thieves who always target people in such places. It is better to go to more organised restaurants away from downtown if you are hungry and can’t wait to go back home for your own security.