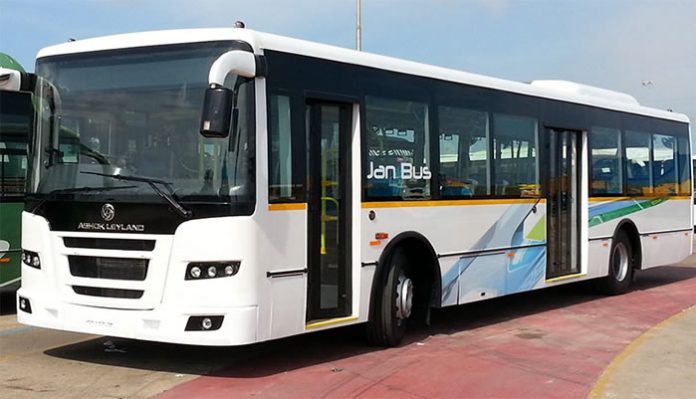 The Kampala bus transport project dubbed Tondeka Metro is set to kick off operations this September according to plans. The project is being viewed as one of the ways that will help control traffic congestion within the city and its suburbs.

The first phase of the new system expected to kick off in September will cover the greater Kampala region in areas including Entebbe, Wakiso, and Mukono. However, before the buses can be finally put on the road, an investment of Shs600b has to be undertaken in order to facilitate the roll-out of the first phase of the project that will see the introduction of 980 buses.

The first phase of the buses will be supplied by Ashok Leyland India under the Hinduja group which was approved by Kampala Capital City Authority (KCCA) and the Tondeka Metro bus company promoters. A joint evaluation report of the bus suppliers and the two authorities shows that the buses will be able to transport 1.47 million passengers every day.

The report also indicates that each bus will cover an average distance of 200 kilometers every day and they will be operating within a 25-km radius around the city at the start and later they will spread further.

Other parties involved in the discussions for the preparations for the project include the lead project promoters Tondeka Bus Company, taxi owners and drivers, civil society, leaders, financiers including World Bank, DFID, GIZ and EXIM Bank.

According to the chairman of the Tondeka Metro Bus Company Mr. Peter Kimbowa, President Yoweri Museveni has already endorsed the project to commence. “His Excellency President Yoweri Museveni has on many occasions made clear his desire to sort out the public transport mess around Kampala and this is one of the solutions we tabled before him and he gave us a green light to go ahead and explore it.” Said Kimbowa.

In an effort to integrate taxi drivers in the new project since they are the ones who have ben transporting passengers in the city, Mr. Kimbowa said that they are training some of the to take up jobs as bus drivers in the upcoming bus transport system.

“To ensure taxi touts and drivers are not left out in this new project, we are in advanced stages of training many of them to take up jobs as drivers of the buses given they already have the experience and will also train many more as the project reaches maturity.” He said.

The plan includes setting up over 7 bus terminals within and around the city that will act as transit and drop off points. Taxis and private cars will be dropping off passengers at these points where they will be picked up by the buses and transported to the city center and back. Authorities are also considering setting up parking spaces for private cars, shopping malls and eateries at these terminals in order to improve the quality of services at such places. This is in line with the general project plan to help create additional 10,000 jobs in the medium term with opportunities in trade, technicians, mechanics, service center agents, shop attendants at the terminals, among others.

According the estimates from the joint evaluation report, the government will collect an average revenue of Shs100b annually while the monthly cost of public transport will drop sharply to Shs50,000 for limitless travels, Shs15,000 a week and Shs3,000 a day.

In terms of payment for transport costs, the buses will use a cashless system where passengers will use either mobile money or pre-paid cards to pay their transport charges. This will help to combat revenue leakages according the chairman of the company. Buses will also operate 24 hours every day.

The first phase of the project will be financed by EXIM Bank of India with guarantees from the government of Uganda through the Ministry of Finance, Planning and Economic Development.