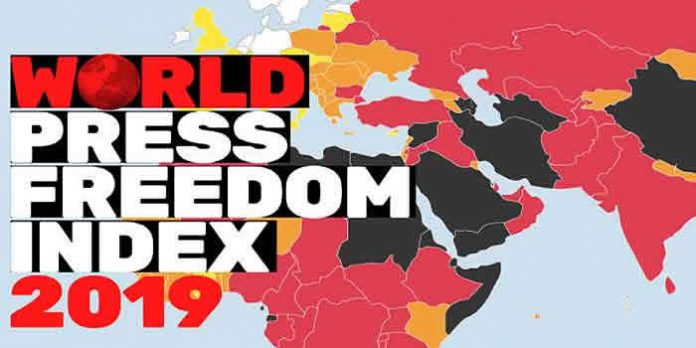 Journalists in Uganda have joined their counterparts worldwide to celebrate the World Press Freedom Day which is marked on 3rd May each year.

The celebration will include matching of journalists along the streets in the capital Kampala together with other programs. several programs have been arranged by journalist groups in different parts of the country including donation to the needy, community cleaning and sensitization.

The president of UJA, Mr. Kazibwe Bashir Mbazira said that the journalists will use this day to call upon the government to respect press freedom and allow journalists to do their work without interference.

The World Press Freedom Day comes just days after the Uganda Communication Commission (UCC), a body that regulates the operations of all media houses in Uganda had instructed several media houses to suspend some of their workers over alleged breach of minimum broadcasting standards.

A statement published by the Commission on Wednesday this week directed media houses to suspend some producers, head of news and head of programs.

It added, “This follows concerns over the nature of content aired on these broadcast stations particularly during live programmes, breaking news, and main news bulletins which do not comply with the minimum broadcasting standards.”

The press freedom in Uganda has for long been a matter of debate with several cases of journalists being beaten, arrested and tortured by security personnel as they try to do their job. Other cases involve the government ordering the closure of several media houses while others have been on several occasions switched off air.

Journalists also view the introduction of the Over The Counter tax (OTT) on all social media users in Uganda as another way the government has suppressed press freedom because it prevents free movement of information.

The 2019 World Press Freedom Index that was compiled by Reporters Without Borders (RSF) recently shows that Uganda has declined in terms of press freedom since last year. Uganda was ranked number 125 out of 180 countries with an index of 39.42. the report ranks countries in terms of observing press freedom in descending order. Last year Uganda was ranked 117 by the same report.

According to the report, “RSF shows how hatred of journalists as degenerated into violence contributing to an increase in fear. The number of countries recorded as safe, where journalists can work in complete security, continues to decline, while authoritarian regimes continue to tighten their grip on the media”.

The new report ranks Norway in the first position for a third consecutive year with Finland, Sweden, Netherlands and Denmark occupying the first five position in that order. The worst performing countries include Vietnam, China, Eritrea, North Korea, and Turkmenistan ranked as the last five.

The ranked Namibia as the top country in Africa to respect press freedom and number 23 worldwide followed by Ghana and South Africa ranked 27th and 31st worldwide respectively. The worst performing countries in Africa include Eritrea, Sudan, Djibouti, Equatorial Guinea, and Somalia.