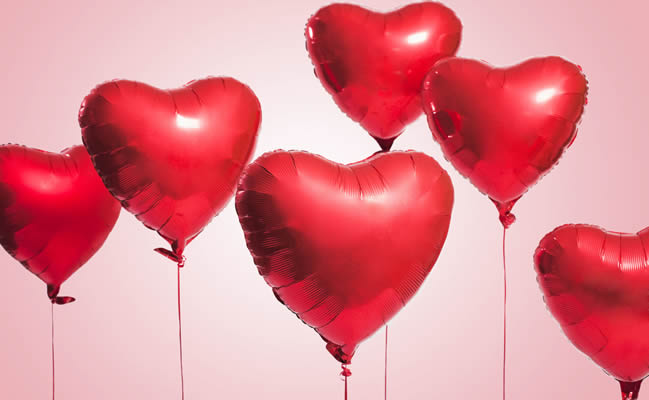 Valentine is one of the days that cause huge excitement among Ugandans.
Couples and those who are dating are always at the forefront of the valentine’s day celebrations as they storm different love corners of Kampala to celebrate their love while the dating singles meet up to strengthen their relationships.

The day draws several expectations among lovers with each party hoping for something special and romantic from their spouse or fiancé. Ugandans have never been short of options when it comes to how to spend and celebrate valentines. The to do list of Valentines activities in Uganda include the following;

Presentation of flowers
Presenting flowers to loved ones has become a must do among lovers and it is viewed as one of the major indicators that your spouse really loves you. In Uganda, women tend to expect flowers from their male counterparts than the other way-round. Men have also stepped up to fulfil this expectation having known that it strongly stirs up a great emotional response from lovers.

Gifts
Valentines open such a big opportunity for lovers to show that they really care and love each other. On this day couples will do anything to surprise their loved ones with a special gift to reassure them that they still hold the first place in their hearts. Common gifts presented on this day include clothes, shoes, jewellery, cosmetics, while those who are more well of financially can go an extra mile and present more valuable gifts like cars, phones and other electronics.

Dressing
The customary Valentines dressing of red and black colors is well earmarked in Uganda. Places for hangouts are painted red and black by couples and those who are dating to match with the theme of the day.

Outings
Going for hangouts with loved ones has become the order of the day on valentines. the evening of valentine’s day is always busy and places for chilling are always congested with such couples trying to mark it in style. Beaches, cinemas and entertainment centers are among other areas that are flocked by the valentine’s day revellers.

Proposals
Curious Ugandan men have used valentine’s day as an opportunity to present their marriage proposals to their lovers. As a result, many married couples today are beneficiaries of Valentines proposals.

What exactly is valentine’s day?

Valentine’s day is celebrated on February 14th annually and it is also called Saint Valentine’s Day or the feast of Saint Valentine. It originated from a Western Christian feast day that was marked to honor the early saint named Valentinus. Many religions around the world recognize valentine’s day as a significant cultural, religious and commercial celebration of romance and romantic love.

There are several martyrdom stories with this day including a written account about the imprisonment of Saint Valentines of Rome. The Saint was charged for performing weddings for soldiers who were not allowed to marry and for helping Christians who were persecuted by the Roman Empire. During his imprisonment, the Saint restored the sight of his judge’s daughter and he wrote to her a letter signed “Your Valentine” as a farewell before he was executed.

It was in the 14th century when the day first became associated with romantic love as the tradition of courtly love flourished. In England, in the 18th century, lovers started exchanging flowers, greeting cards and offering confectionery as a well of expressing their love for each other.

Various symbols associated with Valentine’s day that are used up to date include the dove, heart-shaped outline and the winged-cupid figure.

For those who have already found their partners for the day and are already in the day’s mood, we would like to wish you a colourful and lovely Valentines and we hope that your love will be stronger at the end of the day. We would also like to encourage our single brothers and sisters to keep up the search. Stay open to the opportunities the day may avail and you never know it may be the day you may hook up with your long awaited half as you chill in one of the hotspots of the Valentines evening.