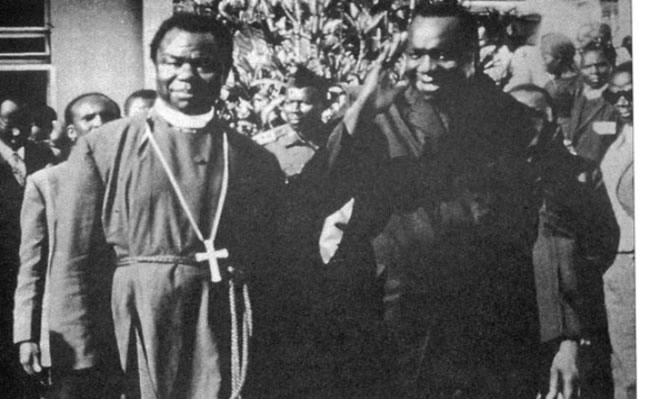 In 2015, President Yoweri Museveni declared February 16th as a public holiday in Uganda to commemorate the life of Bishop Janani Luwum who was murdered on the same date in 1977 on the orders of former president Idi Amin.

“Since we have Uganda’s Martyrs Day public holiday; February 16th, the day Archbishop Janani Luwum was murdered, is going to be a public holiday so that people can get time to celebrate his life”, declared president Museveni.

During the declaration, the president also went on to direct ministries of Education and Gender, Labor and Social Development to erect a statue in the capital Kampala in honor of Luwum.

Who was Janani Luwum?

Janani Jakaliya Luwum was an Acholi by tribe born in 1922 in the village of Mucwini in Kitgum district. He attended Gulu High School and later Boroboro Teacher Training College, he taught at a local primary school after his training. In 1948, Luwum converted to Christianity and his devotion to the religion led him to join Buwalasi Theological College in 1949. In 1953 he was ordained a deacon before becoming a priest a year later. He also served in the Upper Nile Diocese of Uganda and after he joined the Diocese of Mbale. Luwum was consecrated Bishop of the Diocese of Northern Uganda at Gulu in 1969. In 1974, Luwum became the second African Archbishop in Africa when he was appointed as Archbishop of Uganda, Rwanda, Burundi and Boga-Zaire. He succeeded Archbishop Erica Sabiti who was the first African to hold that position.

Archbishop Luwum is commonly remembered for his leading role in criticizing the cruelty of the Amin regime since it came into power in 1971. He is remembered to have delivered a note of protest to Idi Amin concerning unexplained disappearances and arbitrary killings.

His arrest and death

Shortly after issuing his note to Amin, Luwum was arrested together with two cabinet ministers, Charles Oboth Ofumbi and Einayo Wilson Oryema. The three men were presented at a rally in Kampala that was convened by Idi Amin and they were accused of treason. The Archbishop was accused of being a spy of the former president Milton Obote and for planning to overthrow the government. Shortly, Radio Uganda announced that the three men had been killed in the car accident due to collision with another vehicle. It was reported that the accident occurred when the victims tried to stop the driver in order to escape. However, the relatives of Luwum reported after getting his body that the Archbishop was shot in the mouth and at least times in the chest. Rumors came out that Amin himself had had shot the three men though he angrily denied the accusations. It was later revealed by former vice president of Uganda Mustafa Adrisi and Human Rights Commission that the three men were killed by Amin’s right-hand man Isaac Maliyamungu.

Testimony from a witness

According to Mr. Apollo Lawoko, a former principal information officer at Uganda Television in 1977, he was arrested and tortured together with Luwum at the State Research Bureau in Nakasero.

“I was detained in cell number one at Nakasero Research Bureau. Farouk Minawa was heading the Research Bureau. I was arrested in 1977, beaten and got unconscious. Archbishop was in cell number two. He kept telling them he was innocent as they tortured him. We heard him saying ‘you have broken my jaw’. He told them: You can continue doing what you are doing but I’m innocent…. Amin had two pistols. He said: you want to kill me and overthrow my government. But I will kill you before you kill me. We were taken back to our cells and a few minutes later, we heard two gunshots and there was total silence in the cell where the Archbishop was”, narrated Lawoko.

Janani Luwum has got a statue among the Twentieth Century Martyrs on the front of Westminster Abbey in London.