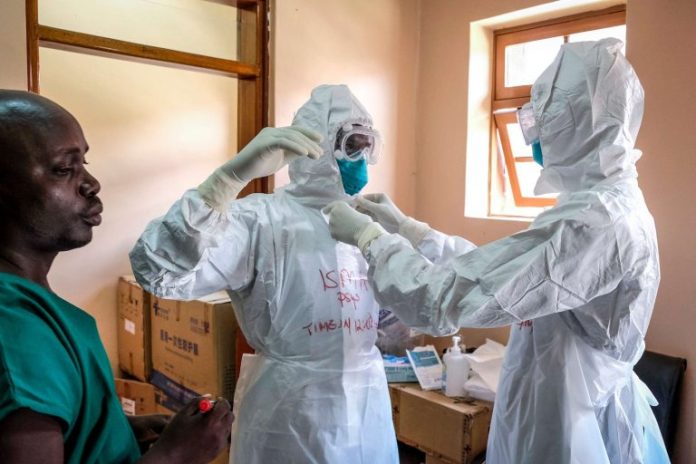 The World Health Organisation (WHO) has declared Uganda ebola free after the country spending over 6 weeks without registering any new infections. Ebola emerged in Uganda in September last year and claimed 55 lives in the period of 3 months before it was effectively contained.

The statement from WHO which declared Uganda Ebola free was confirmed by the Organisation’s chief Tedros Adhanom Ghebreyesus who hailed the country’s “robust and comprehensive response” to the epidemic.

“We have successfully controlled the Ebola outbreak in Uganda,” said Health Minister Jane Ruth Aceng on Wednesday at the ceremony in Mubende district where the outbreak was first detected in September. She added that Wednesday marked 113 days since the outbreak of the pandemic which spread to other 8 districts including the capital Kampala.

According to the WHO criteria, a country is declared free of the outbreak after registering no new infections for 42 consecutive days. “Uganda put a swift end to the Ebola outbreak by ramping up key control measures such as surveillance, contact tracing and infection, prevention and control,” the WHO statement quoted the minister as saying.

According to WHO, there had been 142 confirmed cases of Ebola in Uganda, 55 confirmed deaths and 87 recovered patients.

How Ebola was defeated in Uganda

According to the Ministry of health, Uganda’s success in defeating the Ebola outbreak nas been brought about by several measures that were put in place to control and end the epidemic which included the following;

The Ebola outbreak led to misery and suffering especially in the two districts of Mubende and Kasanda where the epidemic was first detected. Majority of the 55 deaths from the outbreak were registered in these two districts. In addition to the loss of lives, the government went on to impose lockdown on the two districts in order to contain the outbreak. This crippled economic activities in the area hence affecting people’s sources of income.

At a national level, the tourism sector has been greatly affected by the Ebola outbreak. Many tourists cancelled their trips to the country after hearing about the Ebola outbreak while those who who were planning to visit stopped their plans.

What the end to the outbreak means to Uganda

The news about the the end of the Ebola outbreak in Uganda has been warmly welcomed across the country. The lockdown imposed in the two entangled districts of Mubende and Kasanda was lifted in mid December which has enabled people there to resume their economic activities normally. The tourism sector is also rejoicing about this success with huge hope that both local and international tourists will visit be moving to their desired tourist destinations in the country without any fear of contracting the deadly disease.

Some of the most outstanding experiences that attract tourists to Uganda include gorilla trekking tours in Bwindi impenetrable national park to see the endangered mountain gorillas. Others include chimpanzee tracking, game viewing, bird watching and nature walks in several game reserves including Murchison Falls and Queen Elizabeth National parks. Uganda is also home to breathtaking adventurous experiences like white-water rafting at the source of the Nile in Jinja and climbing Mount Rwenzori, the third highest mountain in Africa.