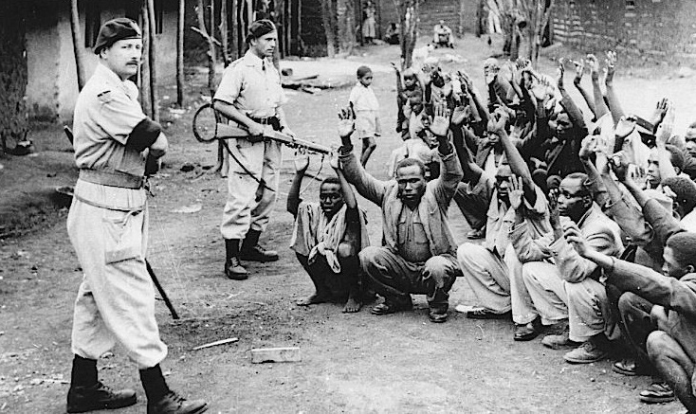 Since the end of the colonial era in Africa, many countries in the continent have tried abandoning colonial names. However, one might be surprised to see that several roads in Ugandan cities are still named after some colonial figures.

In Fort Portal Tourism city near Kibale Forest National Park, Lugard road is an example that has kept alive the history of the British East Africa Company that sent Captain Frederick Lugard to the Kingdom of Buganda in 1890. Coming along with two fellow Europeans, an African mercenary army and a battered old Maxim gun, he traveled from the coast of East Africa to Buganda by land to persuade Kabaka (King) Mwanga to agree to a deal that would allow them to establish a protectorate.

The French missionaries were the first to arrive in Buganda, raising fears among the British that they would try to take over the territory. The German explorer and colonial agent Carl Peters also was visiting Mwanga to sign a treaty in favour of the Germans. But, Lugard arriving cunningly with his small army caused the Kabaka to fear and ignored the deal he had attempted to make with French and Germans altogether.

Finally, Mwanga agreed to Lugard’s terms thereby sign the treaty that resulted in the Uganda Protectorate to be established in 1894. The protectorate extended far beyond the borders of the Kingdom of Buganda bringing all other traditional kingdoms of Ankole, Bunyoro under one umbrella. By then, the capital of Buganda was at Entebbe.

This has led many historians to argue whether it was the Maxim gun that compelled the Kabaka to give land to the British which frustrated the French and Germans that were competing for the same. Because the gun was considered unreliable given that H.M Stanley had dragged it across the Equatorial rainforests of the eastern Democratic Republic of Congo on his insane expedition to relieve Emin Pasha, who was besieged by the so-called Mahtma Gandi and his Sudanese fanatics.

Upon arriving in the land of Buganda, Lugard established a camp and built a fort on a hill opposite Mengo Palace. The area now occupied by Kampala capital city contained several hills and swamps which were a habitat for the Impalas, an antelope species now found in Lake Mburo and Kidepo National Parks. The Kabaka preferred hunting the Impala given that the animal wasn’t a totem of his clan therefore not forbidden for eating. So, the hill where Lugard set a camp was locally referred to as “Akasozi K’empala” meaning the hill of the Impalas in English. Because these animals lived there in large population, Lugard trying to live like locals translated and shortened the Luganda word to “Kampala.” Over time, the local people adapted to the new name until it became official at declaration of Uganda’s independence on 9th October 1962.

This year, Uganda celebrates its 60th anniversary under the theme “A declaration of African interdependence and our shared destiny.” Among many things to ponder for history lovers is re-enacting what happened in the past explorers journey and the impact they left throughout the country. Here a few sites that can be visited to reveal the colonial impact on Uganda for those intending to explore the history of the country.

With over a million collections of artefacts, the national museum of Uganda is one of the largest in Sub-Saharan Africa. Several exhibitions tell the natural heritage and history of Uganda from earliest to modern times. Go there to look at all aspects of life and culture told in pictures, exhibits, machines, education and much more will be shared with you by the tour guide.

Situated on Mengo hill one of the 7 historic hills of Kampala city, Kabaka’s Palace was built in 1922 during the reign of Ssekabaka Daudi Chwa II, the 34th and first king of Buganda kingdom to become Christian. While on your visit to Mengo Palace, you will learn about the historical events that shaped the politics of Uganda after independence including the civil war of 1966 that forced the Kabaka out of his palace into exile. Explore the torture chambers in the palace, and visit the Royal Mile Walk to Bulange building the parliament of Buganda to learn about the totems of the 42 clans in the kingdom. There’s a shop where you can get some bark cloth souvenirs and other beautiful art pieces. Mengo palace can be visited as part of your Kampala city tour which offers an opportunity to explore other historical sites such as Kasubi Royal Tombs a UNESCO world heritage site, Namirembe and Rubaga cathedrals, among others.

Source of the Nile River – Jinja

Head to Jinja city, which is 83 km. (2-hour drive) east of Kampala to explore the source of the Nile River discovered by John Speke in late 19th century. In addition, Jinja offers several adventurous experiences which led to it being nicknamed the “Adventure Capital of East Africa”.  Grade V white-water-rafting, kayaking, calm river sliding, bungee jumping, horseback riding, cycling as well as day trips to islands are available for visitors.

The largest conservation area of Uganda, Murchison Falls National Park holds the powerful waterfall along the Nile River which bisects the park. The northern banks contain savanna habitats providing home to 79 mammals species including lions, leopards, elephants, buffaloes, Rothschild’s giraffe, hippos and several antelope species such as Uganda kob, topi, oribi, bush and waterbucks. Go for day and night game drives or soar above the Nile with a hot air balloon experience. Visit Murchison falls during the dry season June to September and December to February. This is not only the best time for game viewing but also for chimpanzee tracking in the Budongo Forest Reserve situated south of the Nile within the park. Budongo forest also features several historical attractions including the Royal Mile walk and Our lady Queen of Poland Catholic church.

Situated on Nakasero hill in Kampala capital city, the boutique hotel was named after the historic German Explorer Emin Pasha who lived and spoke the local languages of Buganda and Bunyoro kingdoms. He’s credited having contributed a lot in understanding the geography of Equatorial Africa and advocated for end of slave trade. Emin Pasha hotel provides great hygienic accommodation with air conditioned rooms, free Wi-Fi, gardens and swimming pool.

Mount Stanley’s Margherita peak (5,109m) is the tallest peak in Uganda and 3rd in Africa. Hiking the Rwenzori mountain takes between 8 to 12 days for those intending to reach the equatorial glaciers at the summit. This is a technical climb that requires experience in high altitude hiking. However, there are several hiking trails for people who want easier treks. You’ll get to experience nature and spectacular scenery with snow-capped peaks, glacial lakes, 5 zones of vegetation and over 200 species of birds as well as chimpanzees.