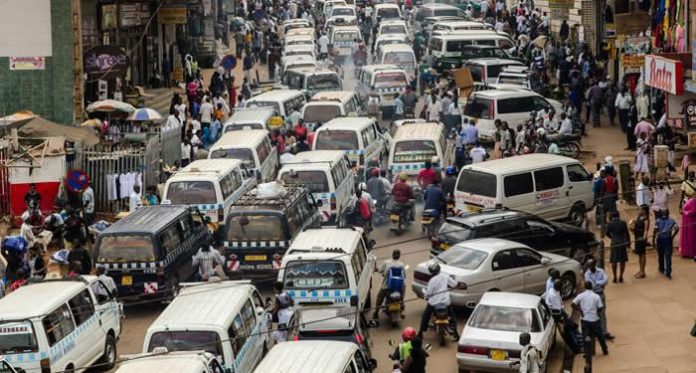 It has become a norm in Uganda that transport charges are hiked every Christmas season. Though this practice is applauded by the transport operators who tend to make supernormal profits during the season, it leaves many passengers decrying it.

Unlike in some African countries like Rwanda where the method of payment for transport fares has been automated and the charges remain the same regardless of the season, Ugandans are still open to exploitation at the hands of this manual transport system.

In this season you find that transport charges to different destinations especially those upcountry double or triple the normal prices with passengers required to pay as high as Shs 100,000 from the normal price of Shs 40,000 for a trip from the capital Kampala to Bwindi in the southwest of the country. Fares always start rising a week before Christmas with each day that passes seeeing an increment from the previous day’s charges.

Although the affected people have tried to raise their voices over too much exploitation by the transport operators, such voices have fallen on deaf ears as the operators have also come out to justify their reasons for hiking the transport fares.

The reasons put forward by transport operators in Uganda for hiking transport fares during Christmas season include the following;

Surge in the number of upcountry travelers in the Christmas season

It is always a norm among Ugandans who are city dwellers to travel back to their villages during Christmas to spend the holiday with their loved ones. Therefore, those in the transport business see this as a mega opportunity to hike the charges due to the high demand for transport services available. Like in any other businesses where prices tend to go up whenever the demand increases, transport operators also explain that they find themselves with no option than to raise the charges in order to gain in this peak season.

Transport operators like bus companies argue that the Transport Licensing Board under the Transport and Works Ministry has instructed them not to use the same drivers for return journeys. This means that a driver is only allowed to take a one-way journey while the return journey should be made by another driver. This increases the operations cost for the companies since they have to hire more drivers. Buses also make increased journeys during the Christmas season due to presence of many passengers going to further destinations and this calls for more servicing of the buses hence increased cost.

Bus and taxi operators also argue that during the Christmas season, they rarely find any travelers returning to Kampala. Most of the travelers tend to stay in their villages for at least a week while spending time with their relatives and friends before returning to the city to commence with their businesses. This means that such vehicles always return half empty and therefore the increment helps them to cater for the losses incurred in those return journeys.

What could be the way forward?

Public transport users in Uganda have always cried out to the government to adopt a transport system that prevents transport operators from changing transport fares anytime they want to do so referring to a system used in the neighboring countries like Rwanda. In Rwanda, passengers pay for their transport fares electronically using automated machines installed in each vehicle and the charges remain the same regardless of the season. Such a system is yet to be installed in Uganda and it appears the passengers will warmly welcome it once brought into the country.

Bus companies have also been encouraged to copy their counterparts who decided not to change their transport charges during the Christmas season and do the same.