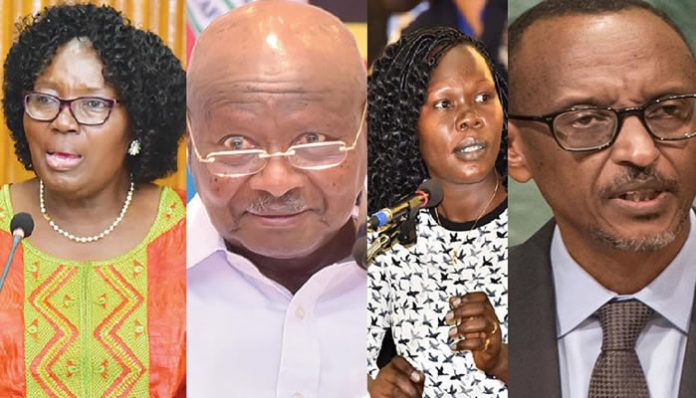 As we close the year 2019, it is not bad to reflect on some of the major issues that have transpired within the year. Like as other years, 2019 has also seen a variety of happenings, both good and bad, and here are those that have stood out.

Unlike 2018, that was majorly hot, 2019 tried to come in with a bit of relief though in the end it turned out to be extreme. The heavy downpour the country received towards the end of the year has left some serious damages in some parts of the country including loss of lives and property. Over 30 people were confirmed to have died due to landslides and running water in districts like Bududa and Bundibugyo. Other areas including in the capital Kampala were heavily affected by flooding.

As the case was in 2018, Ugandans have gone through 2019 with fear and suspicion due to the continued murders and kidnaps in the country. Several people both of high and low profile have been murdered including business men and woman, boda-boda cyclists, among others. The major threat facing Ugandans on this note is the failure of security agencies to identify and arrest the criminals and bring them to justice.

As the country heads into presidential and parliamentary elections in 2021, the political scene in Uganda is increasingly becoming tense. The opposition, this time led by the People Power pressure group under the leadership of Kyadondo East MP Robert Kyagulanyi alias Bobi Wine has continued to give government sleepless nights. Both the government and the opposition have stepped up their preparations for the elections with the latter appointing mobilizers in every part of the country as their leader Bobi Wine prepares to kickoff countrywide consultations regarding his bid to stand for presidency in 2021.

In March, Rwanda announced the closure of her border with Uganda at Gatuna, over claims of rehabilitation though it later emerged that that it was due to the poor relationship between the two countries. Kigali accuses Kampala of illegally arresting and detaining its nationals among other offences and on the other hand Kampala also claims that Kigali interferes with the national security of Uganda. Following the increased tension between the two countries, Rwanda decided to close the border to heavy trucks plus stopping the Rwanda citizens from moving to Uganda claiming that their safety while in Uganda is at stake. Several attempts have been made to restore the good relationship between the two countries including roundtable talks that are still ongoing and there is hope that they will finally strike a good deal. People from both sides especially traders have been heavily affected by this broken relationship while some have been killed while trying to cross forcefully into either sides.

On international scene, the impeachment of US President Donald Trump by the House of Representatives has stood out of all international stories. Trump was impeached following a phone call he made to Ukrainian President Volodymyr Zelensky demanding him to investigate the the company run by the son of his political opponent Joe Biden while threatening to withhold aid from Ukraine if the president doesn’t do so. this was interpreted as abuse of office by the Democrats who started the impeachment process right away. Trump became just the third president in the history of US to be impeached. He now faces trial in the senate and he will be confident that he will remain in office since the senate is dominated by his fellow Republicans who are expected to stand by him when the trial starts.