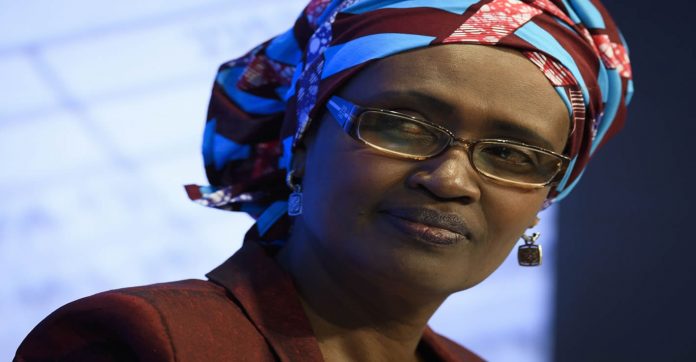 Uganda’s international diplomat Winnie Byanyima has been appointed as the new Executive Director of the Joint United Nations Programme on HIV/AIDS (UNAIDS).

Ms. Byanyima has been serving as the Executive Director of Oxfam International since January 2013.

A press statement from the UNAIDS read, “UNAIDS warmly welcomes the appointment of Winnie Byanyima as its new Executive Director. Ms. Byanyima ha more than 30 years of experience in political leadership, diplomacy, and humanitarian engagement.”

Ms. Byanyima said she is honored to be joining the UNAIDS and said that she understands the challenge ahead in her new position.

“I am honored to be joining UNAIDS as the Executive Director at such a critical time in the response to HIV. The end of AIDS as a public health threat by 2030 is a goal that is within the world’s reach, but I do not underestimate the scale of the challenge ahead. Working with all its partners, UNAIDS must continue to speak up for the people left behind and champion human rights as the only way to end the epidemic.” Said Byanyima.

“Ms. Byanyima brings a wealth of experience and commitment in harnessing the power of governments, multilateral agencies, the private sector and civil society to end the AIDS epidemic around the world.” Said Guterres.

Winifred Byanyima was born on 13 January 1959 in Mbarara District, Uganda to Boniface and Gertrude Byanyima.

Byanyima attended Mount Saint Mary’s College Namagunga in Mukono district for high school before going to the University of Manchester in the UK where she obtained a bachelor’s degree in aeronautical engineering.

With this academic award, Byanyima became the first female Ugandan to become an aeronautical engineer. She later obtained a master’s degree in mechanical engineering from Cranfield University where she specialized in energy conservation.

Byanyima worked as a flight engineer for Uganda Airlines following the completion of her training as an aeronautical engineer.

Byanyima left her job and joined the armed struggle in 1981 following the declaration of the bush war by Yoweri Museveni. Both Byanyima and her husband Kiiza Besigye were combatants in the National Resistance Army (NRA) during the war.

After the NRA won the war in 1986, Byanyima was appointed as Uganda’s ambassador to France in 1989 up to 1994. She was a member of the Constituent Assembly that drafted the Uganda Constitution in 1995.

Between 1994 and 2004, Byanyima served as a Member of Parliament representing Mbarara Municipality for two terms.

Winnie Byanyima is married to Kiiza Besigye, an opposition politician in Uganda and former president of the Forum for Democratic Change (FDC) political party in Uganda. The couple has only one child, a son named Anselm.