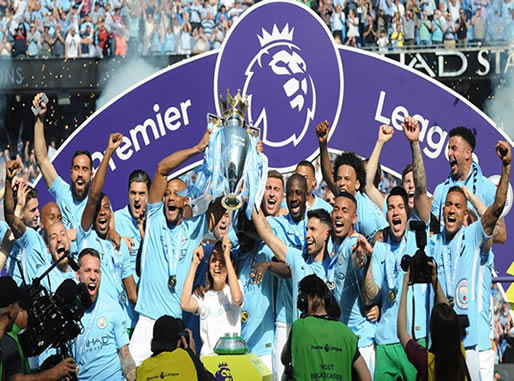 Dear soccer fans take your seats, the wait is finally over, your favorite football league, the English Premier League is back again with another thrilling soccer season. The new Premier League season kicks off this Friday 10th August with Manchester United welcoming Leicester City at Old Trafford in the first Match of the season. Hope you have enjoyed your clubs’ pre-season games so far.

Definitely there is a lot to be excited about in this new soccer piece season having waited from May though we were blessed to have the World Cup in between the break to save us from a long period of boredom. Since then, a lot has taken place within our Clubs including change of coaches, recruiting new players and selling others.

A quick reminder that Manchester City are the reigning Champions while we are welcoming Wolverhampton Wanderers, Cardiff City and Fulham who joined the top flight as the promoted clubs from the 2017-18 EFL Championship. Their presence in the Premier League came at the expense of Swansea City, West Bromwich Albion and Stoke City who replaced them in EFL Championship.

The new season comes with plenty of new faces of both managers and players. New managers include Arsenal’s Unai Emery who took over after Arsenal finally closed their chapter with Arsene Wenger after his 22 years of the Frenchman at the helm of the North-London club. New manager Unai Emery was subsequently introduced after the end of his spell with PSG as Wenger’s successor and all eyes at the Emirates will be on him to see what he has in store for his new club. However, his major task this season will be to bring back the gunners into the top four to restore champions league football where they had drifted away in the past two seasons. With that achievement, the Spaniard will be given a green light to continue leading the gunners to further success.

Chelsea, Everton and West Ham have also introduced new managers in Maurizio Sarri, Marco Silver and Manuel Pellegrini respectively replacing Antonio Conte, David Moyes and Sam Allardyce. The fans are full of expectations from these new managers and they can’t wait for the new season to kickoff to see what the new managers have to offer for their clubs.

Another big factor causing more excitement among the fans of different clubs are the new players that have been recruited and fans are waiting eagerly to see them unveiling their talents to help their clubs reach greater heights. Clubs that have made exciting business in the transfer window include Liverpool who have brought in heavy talents of Brazilian Goalkeeper Alison Becker, Fabinho, Naby Keita and Xherdan Shaqiri. Arsenal did not only stop at recruiting a new manager but also followed him up with five signings including Germany goalkeeper Bernd Leno, Lucas Torreira and experienced defenders Socratis and Stephen Leichsteiner. Manchester City have also strengthened by landing their long-awaited target in Riyad Mahrez from Leicester. Chelsea also did not hesitate to bring in fresh blood with goal keeper Kepa Arrizabalaga coming in at record fee for a goalkeeper and Italian play-maker Jorginho while Manchester United have brought in Fred and Diogo Dalot.

However, it is not only the top clubs that have strengthened, this time round it is arguably away from the “big six” where the most shrewd business has been done which makes the competition mix even hotter. With Fulham beating a number of top clubs to Jean Michel Seri, Everton have also made key signings including forward Richarlison, defender Lucas Digne from Barcelona and Bernard while West Ham have raised eyebrows with their impressive incomings, including Felipe Anderson for a club record fee, Jack Wilshere and Andriy Yarmalenko.

The title race is expected to be as hot as before however, the defending Champions Manchester city clearly remain a team to beat in this new campaign given the unchanged but rather strengthened squad that helped them to lift the trophy last season. The battle for top four finish is expected to be tougher than never before with all the “big six” clubs looking stronger than last season which makes it hard to predict who will be ousted from the champions league spots this time round.

The relegation battle is also very unpredictable this time having seen all the promoted sides including Fulham and Wolves trying to strengthen their squads with key signings making it clear that they don’t want to be just visitors in the top flight. The new entrants will be encouraged and motivated by their counterparts of last season including Brighton and Hoove Albion, Huddersfield Town and Newcastle United who all managed to survive the knife after their promotion from Championship.

At the beginning, the race looks way open and all clubs should be optimistic to compete for silverware having in mind the 2015/16 season when Leicester City came from nowhere to beat all the odds to be crowned champions. That time majority of the predictions had condemned them to fight for relegation survival. It is true that Man City may look to be the favorites to retain the trophy but that was the case even in 2015/16 when Chelsea were the defending champions and majority were expecting them to retain the trophy.

All that mentioned, you can now start making your predictions on how you think the 2018/19 will end by pointing out who will be champions, who will go to champions league and Europa and who will be relegated come the end of the season in May. Good luck.