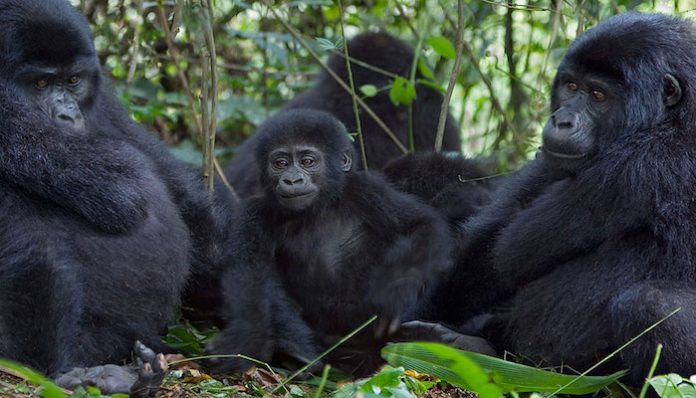 The Covid-19 pandemic has taken its toll on almost every sector in Uganda and the tourism industry has not been spared too. However, with the rest of the sectors already open for business or about to do so, tourism seems to be left alone to bear the long-term negative effects of the pandemic. The closure of tourism has culminated into far reaching effects like loss of foreign exchange revenue, loss of jobs and income to those employed in the sector and also exposed wildlife to risks like poaching due to reduced monitoring during the lockdown.

In response to the above challenges and in a bid to save the tourism industry from a total meltdown, the government has responded by easing some of the measures on the sector to allow some tourist activities to take place starting with local tourists. Local tourists are now free to visit savannah parks and other tourist centers in the country provided they observe the standard operating procedures put in place to control the spread of Covid-19. Only parks that protect endangered species which are highly susceptible to human viruses like mountain gorillas and chimpanzees remain closed to protect these apes from contracting coronavirus. These parks include Bwindi Impenetrable National Park in Southwestern Uganda which protects almost half of the global population of mountain gorillas, Mgahinga Gorilla National Park and Kibale Forest National Park which protects the highest population of chimpanzees in Uganda.

According to the Ministry of tourism, already 260 tourists including locals and foreigners who have been in Uganda since the lockdown was declared who had made bookings prior to the closure of parks have reported at Queen Elizabeth National Park following the easing of the measures. The park is endowed with a rich diversity of wildlife including amazing mammal species like the tree-climbing lions, leopards, Uganda cobs, hippos, elephants as well as rich ecosystem composed of savannah, forests, lakes and wetlands.

Government plans to open the airport for foreign tourists

According to tourism minister Tom Butime, local tourists are now free to visit the parks as the government plans to open the airport for international visitors too.

“Those who had booked and are here in Uganda can now go the parks. We are working hard to see that the airport is opened so that other tourists who had booked come,” said the minister. The minister also encouraged tourists to follow the guidelines from the ministry of health to stop the spread of Covid-19.

“There is already an intervention from the government to assist the tourism sector, especially the hotel owners, but we shall have to encourage domestic tourism and when the airport is opened, we hope to receive foreigners as well,” he added.

Importance of the tourism sector

According to Mr. Butime, Uganda earns about $1.2b annually from tourism and the ministry had anticipated that the country would earn $3b annually by 2025 but these hopes have been shattered by Covid-19.

What Uganda’s tourism sector has to offer for visitors

Uganda, popularly known as the “Peal of Africa,” has got a variety of amazing attractions to offer to her visitors ranging from wildlife safaris to cultural and historical tours. Of recent, gorilla safaris to see the endangered mountain gorillas in Bwindi and Mgahinga national parks have been the most popular in Uganda attracting the highest number of tourists and earning the industry the highest revenue. Other popular safaris in Uganda include game drives for wildlife viewing in vast savannah parks like Murchison Falls National Park, Queen Elizabeth National Park, Kidepo Valley National Park and Lake Mburo National Park. These parks protect a variety of species include mammals like lion, leopard, antelopes, giraffe, buffalo, elephant, zebra, primates like chimps and monkeys, birds including Rift Valley endemics, among other species. Uganda also offers adventurous experiences including mountain climbing to the snow-caped top of Mount Rwenzori, the third-highest mountain in Africa, white-water rafting, kayaking and bungee jumping at the source of River Nile, the longest River in the world, among others. Cultural and historical tours are also popular in Uganda including visits to historical sites like Kasubi tombs, the burial site Kings of Buganda Kingdom, Namugongo Shrines, where the martyrs who were murdered by Kabaka Mwanga for their Christian faith were buried, among others.