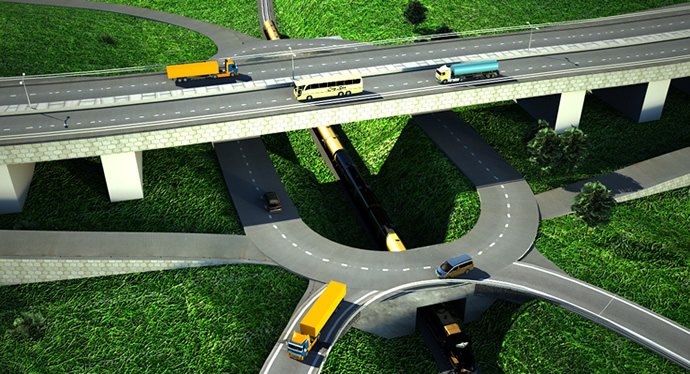 A sovereign loan amounting to $229.5million has been approved by the African Development Bank (AfDB) to finance the first phase of the Kampala-Jinja Expressway project.The Kampala-Jinja Expressway project is part of the government’s vision 2040 and its financing approval by the AfDB will be highly welcomed by the government and other stakeholders. The project will also be co-financed by the European Union and French Development for $400million and the private sector will finance the remaining $800million.

This mega project is expected to reinforce Uganda’s position as a regional transit hub and to support the government’s ambition to drive the country’s economy into middle-income status by 2020. In addition, the financing will also help to support the government’s second National Plan 2015-2020 that aims to improve the country’s competitiveness for sustainable wealth creation, growth and job creation.

Uganda has a 15-year National Transport Master Plan (NTMP 2008-2023) that aims at providing efficient movement facilities for both people and freight.The 95kilometer expressway project has an estimated cost of $1.55billion to be financed by both sovereign and non-sovereign facilities. Among the areas to benefit from the fund include infrastructure development, project implementation support and activities that improve community livelihoods along the route.

The project is expected to come with a variety of benefits right from its construction with about 2,000 direct and indirect jobs expected to be created during the construction process. Upon completion, it will improve economic productivity, competitiveness and regional trade and integration. Other problems to be solved include congestion in and around Kampala and the travel time between the capital and Jinja will also be reduced tremendously.

The project also integrates a number of components including human capital development that focus on developing skills in Uganda and East Africa at large. It also aims to have over 200 PPP specialists to work in graduate/professional placements by 2028.

The construction of the Kampala-Jinja Expressway will be a great addition to Uganda’s road network which is her major mode of transport and a key player in unlocking her trade and economic potential within the East African community. The route will complement the long-standing Kampala-Jinja highway that has been very instrumental in the region’s trade especially in the last 20 years. The route constantly experiences traffic overload with over 1,000 vehicles per hour per lane.

The expressway will be strategically located along Uganda’s Northern Corridor connecting 5 countries of Uganda, Rwanda, Burundi, Democratic Republic of Congo (DRC) and South Sudan to the marine port of Mombasa in Kenya.

The route is one of the most important in the region’s trade handling 30 percent of Burundi’s international traffic, 60 percent of Rwanda’s and almost 100 percent for Uganda’s imports and exports via Mombasa port.

The project corresponds well with Uganda’s Country’s Strategy Paper 2017-2021, under its “Infrastructure Development for Industrialization” program. It also correlates with the Bank’s Ten –year Strategy (2013-2022) and consistent with three of its high five priorities: “Integrate Africa, Industrialize Africa, and improve the quality of life of the people of Africa”.

Also, the construction of the kampala-jinja highway will help to promote Uganda tours to Jinja especially to the source of the nile for boat cruising, kayaking, nature walks in Mabira and other related activities. Day excursions to jinja complement other tourism activities such as gorilla trekking in Bwindi/Mgahinga gorilla national parks, game viewing and chmipanzee trekking which together make a complete Uganda safari package.

The African Development Bank is very instrumental in Uganda’s transport sector and it has been one of the leading development partners in the sector.