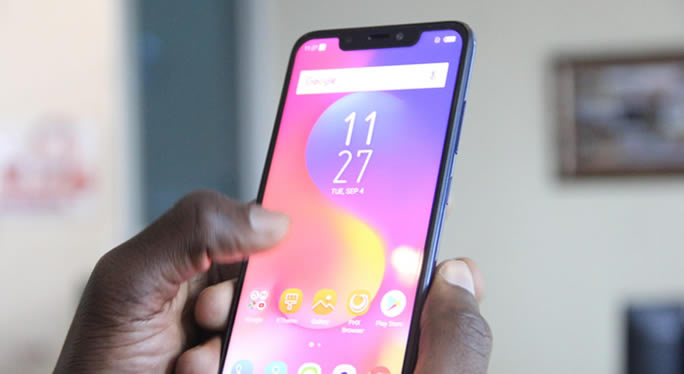 Uganda, the pearl of Africa, just as her nick-name suggests, has for long been known to be more productive in the tourism industry with her incredible wildlife experiences she offers to her travelers that can hardly be found anywhere else in the world. These include the unrivaled and exclusive gorilla safaris in Bwindi and Mgahinga parks not mentioning the other enthralling wild activities in her numerous national parks and wild reserves around the country.

However with the advancing technological waves increasingly driving the world into the tech-direction, Uganda is also getting on the receiving end of its benefits starting with the telecom industry.

The minister commented that as government they are very excited that CTI Africa is going to start assembling phones in Uganda. She added that Ugandans are carrying so many phones but none is manufactured here, so if Ugandans buy these phones, the country will diversify its economy because the dollars that would be spent on importing smart phones can be used here. Ms. Anite said that the government, through NEC has already allocated LifeMobile a site on 6th street in Industrial Area to set up their assembling plant.
The minister also concluded by saying that president Museveni will launch the first LifeMobile smart phone early next year.

The chief executive officer of CTI Africa, Mr. Michael Landau said that the assembling will help develop specialized applications to improve healthcare, mobile banking, insurance, microfinance and education services. The company is planning to invest $10million into the venture, which is expected to create over 400 jobs during their first phase of operation.

However, this will not be the first time LifeMobile is operating in Uganda because the company already has prospective partnerships with several local companies that include Jubilee Insurance for insurance services, Jumia Uganda for e-commerce, Ecobank and Microfinance Support Center for e-banking. Others include Medical Concierge and Uganda Protestant Medical Bureau for healthcare services.

According to Mr. Landau, the company is planning to build applications on their smart phones that are going to be very important in improving people’s lives. These apps will include healthcare, insurance, banking and e-commerce. He describes LifeMobile as the “transformation tool for the next generation” because they expect the smart phone to attract many big companies to Uganda.
Representatives from LifeMobile displayed three smart phone models during the unveiling ceremony that included low range, mid-range and a tablet and said that the applications on these smart phones will be piloted in Buikwe district.

According to the company representatives, the firm’s first smart phones to be produced in Uganda will be released between January and March 2019 and they added that the company has already received orders for about 75,000 smart phones. The company is also working on arrangements where people can buy on hire purchase in order to help more Ugandans acquire the smart phone easily.

Ms. Anite assured the investors about the government’s plan to protect the locally assembled phones against similar imported sets. She said that through “The buy Uganda, Build Uganda policy, the government shall put tax barriers for importation of products similar to those produced locally.

Maj Gen James Mugira who is the managing director of NEC, a body responsible for handling all government partnerships said that the arrival of LifeMobile is a symbolic moment for Uganda. He thanked the company representatives for choosing Uganda and added that they will entrust the company with the initiative to build a smart community and all the full support it needs.