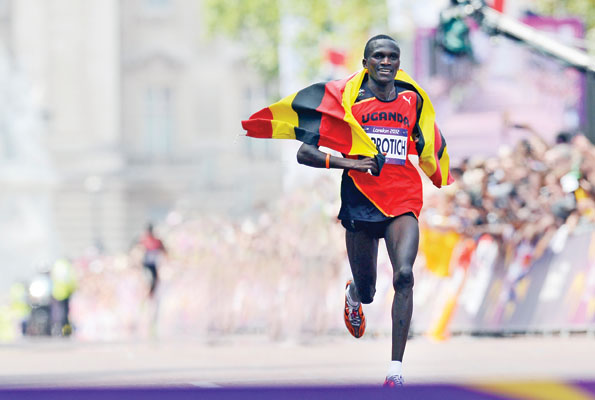 On Sunday 3rd December, our own Stephen Kiprotich came second position at 2:07:10 time record during the 2017 season in Fukuoka Marathon after Sondre Moen of Norway who was the fastest at 2:05:48 winning gold medal just two seconds away form Kiprotich

At 2:05:48 tie run, Sondre managed to beat the 2:06 fastest time record making him the first person outside Africa to beat this recored as well as the first European! Other top runners include Suguru Osako from Japan who finished in the second place, Bidan Karoki from Kenya in the forth place and Amanuel Mesel from Eritrea in the fifth place.