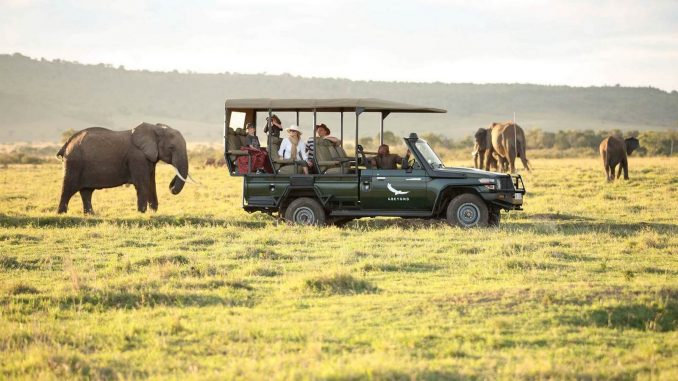 The tourism industry in Uganda and in the world at large has suffered some of the biggest setbacks brought about by the outbreak of COVID-19. In most African countries including Uganda the pandemic has read to the closure of all National Parks and other tourist destinations which has dealt wildlife safaris a big blow.

As a result of shutting down tourist activities, other related businesses like hotels and lodges have also found themselves with no work hence ceasing their operations. This has led to a large number of people who were previously employed in such businesses to lose their jobs while others were placed on temporary leaves with very few still getting any financial assistance.

Tour guides are the other group people who have been crying foul over the pandemic after. They have been left in with nothing at all to do since the tourists they used to drive to these destinations are now banned from entering the country in an effort to control further importation of the virus.

For tour operators, their fear goes beyond the current effects of the pandemic on the industry to the long-term outcomes. There is anticipation that even when the current lockdown is lifted, tour operations may take long to get back to normal and profitable as it was before the outbreak.

The major cause of this fear is the fact that majority of the tourists have been coming from countries that are badly hit by the pandemic including the United States, UK, Germany, France, Italy, Spain, China, among others. There is anticipation that the current lockdown in such countries may take long to be lifted hence not allowing the potential tourists to travel. Secondly, even when these countries start allowing their people to travel, the recipient countries including Uganda may not be ready to allow them to come into the country as they may still be holding onto their travel restrictions.

Rescheduling and cancellation of bookings

According to tour operators and hotel managers, some of the travelers reacted to the pandemic by either cancelling their bookings or rescheduling them to later dates. However, those who cancelled their bookings were asking to be refunded their money they had sent something that put the recipients of such money in a huge dilemma.

For those that decided to reschedule their trips, the tour operators and park authorities now face a tussle a fixing an appropriate time for such trips without affecting any other arrangements.

Within the game reserves, strict measures have been taken to ensure that animals are well-protected from being infected by Coronavirus. Scientists had earlier warned that if not protected well, the virus may be very devastating if spread to animals like mountain gorillas and other primates. With such cautions, park authorities moved quickly to put in place some strict measures to protect the animals including banning all tour activities in national parks. Others including limiting both the number of field workers who meet the animals every day to check on their wellbeing and the number of hours they spend with them. Workers in the parks are also encouraged to put in practice all the other measures that were put in place to control the spread of the virus including washing hands, sanitizing and social distancing.

Currently, Uganda has registered 55 confirmed cases of coronavirus with about 20 recoveries who have been discharged already meaning that only 35 patients are still quarantined. Earlier this week President Museveni extended the lockdown by more 21 days until 5 May.