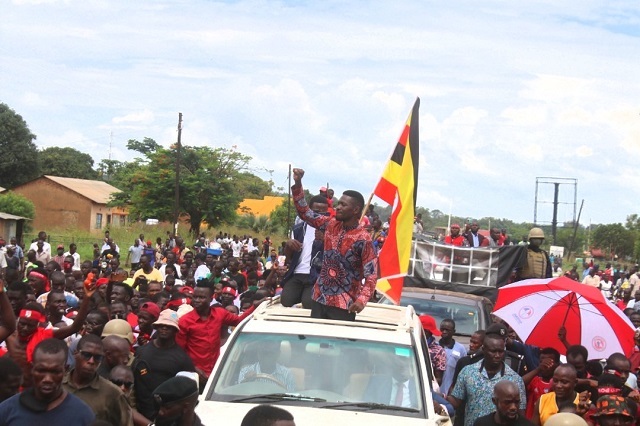 Uganda’s 2021 general elections are just two weeks away as the country prepares to elect new leaders including president, MPs and local leaders. Both presidential and parliamentary elections are scheduled on January 14 while votes for other posts will be cast in the following few weeks.

However, the election process hasn’t been the best Ugandans would hope for with a lot involved including interruptions caused by Covid-19 while the high handedness of the police and other security organs in dealing with presidential candidates and their supporters has also caused more anguish.

Scuffles between security and politicians especially those on the opposition side started right from the nomination day in early November when presidential candidate Robert Kyagulanyi Ssentamu alias Bobi Wine was arrested right from the nomination grounds after his nomination. Since then, it has been running battles between the police and several opposition candidates plus their supporters. The police claim that they are trying to enforce guidelines issued to the candidates by the ministry of health to control the spread of Covid-19 by not holding mass rallies. However, the opposition also claim that the government is just using the so-called guidelines to curtail them from looking for support while at the same time leaving president Museveni who is the incumbent to campaign freely. Several candidates including Mr. Kyagulanyi of the National Unity Platform (NUP) and Patrick Amuriat of the Forum for Democratic Change (FDC) have since been arrested, detained, charged and later released on bail for flouting the Covid-19 guidelines according to the police. The arrest of Mr. Kyagulanyi on November 18 while on his campaign trail in the eastern district of Luuka sparked violent protests across the country by his supporters which saw the police and the army respond by firing live bullets among people leaving over 60 people dead and hundreds nursing serious injuries according to official reports.

Suspension of campaigns in key districts

Following the increase in the number of Covid-19 cases in Uganda, the Electoral Commission (EC) moved to suspend all political campaigns in some districts which they termed as high-risk areas. These included the capital Kampala, Wakiso, Mukono, Jinja, among others and these are the same districts that have got the highest number of voters. This sparked a lot of criticism especially from the opposition who accused the EC for conniving with president Museveni to abolish campaigns in these districts which are opposition strongholds fearing to see the huge support people have for them.

Another ugly component of these campaigns has been the continued harassment of journalists who are following presidential candidates especially those on the opposition by the security operatives. These have been beaten up, arrested and their equipment destroyed or confiscated by security officials. The recent incident saw the cameraman of Gheto Media which covers Kyagulanyi’s campaign trail Mr Ashraf Kasirye hit on the head by teargas canister and is currently admitted in the hospital after sustaining serious injuries on the head. The continued harassment of journalists forced them to walk out on security officials last week during a briefing in protesting against this injustice.

As the campaigns continue, several people especially opposition candidates vying for parliamentary and their prominent supporters have been abducted and detained in unknown areas. Others have been killed including Kyagulanyi’s former bodyguard one Frank who was runover by a police car while on Kyagulanyi’s campaign last week. The latest unfortunate incident saw Uganda’s former professional boxer Zebra Ssenyange gunned down by unknown assailants who attacked him from his home in the middle of the night.

All the chaos, violence, police brutality and the killings have left Ugandans with more questions than answers regarding what they are headed for as the polling date draws closer hence causing panic among the population.