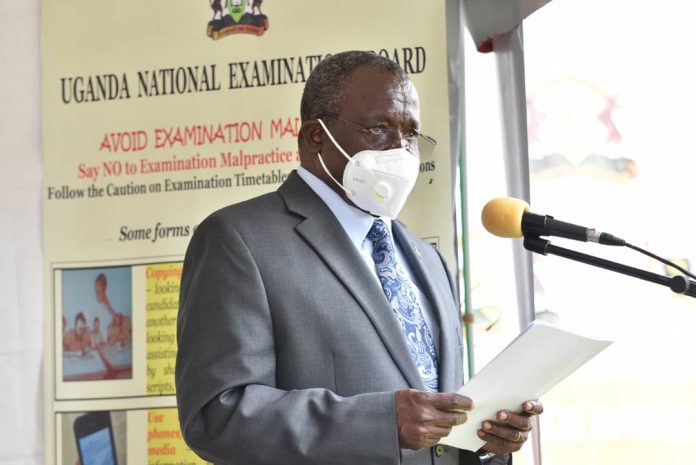 Uganda National Examinations Board (UNEB) has released the 2020 results of Uganda Advanced Certificate of Education (UACE) with female candidates outshining their male counterparts this time round.

During the release of the results on Friday, UNEB Executive Secretary Mr Daniel Odongo mentioned that although female candidates were fewer, they managed to perform better than their male counterpart.

Individual subject results show that boys performed better than girls in Chemistry, Biology, Agriculture, Art and General paper while girls were better in Arts subjects as well as Mathematics and Physics. There was a general improvement in last year’s performance compared to 2019 according to Mr. Odongo.

“An analysis of the overall candidates’ performance in the examination shows that a very high percentage of candidates (99.2%) qualified for the award of the UACE, more than the 98.6% of 2019. There is better overall performance than that of 2019,” he said.

26,602 candidates passed with a minimum of 2 principle passes, 19,015 got one principle pass while 9,616 passed one subsidiary subject. Candidates who failed completely without a single point were 796 decreasing from 1,433 who failed in 2019.

According Mr Odongo, only 68,013 (69.8%) of candidates qualify to join University having attained a minimum of the two principle passes as required by higher institutions of learning. However, 99.2% will qualify for the award of the UACE certificate.