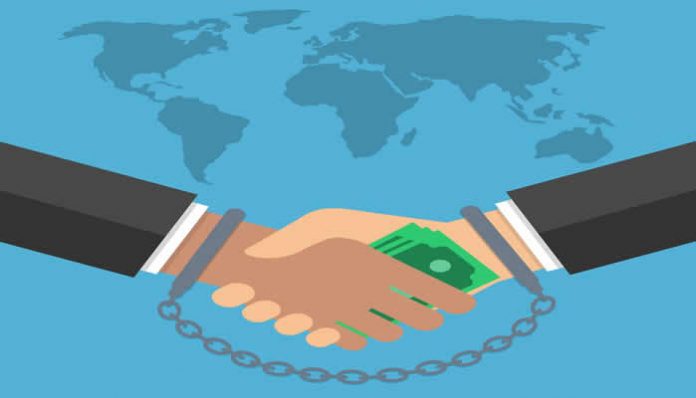 Uganda has been ranked 137th out of 180 countries on the 2019 corruption perceptions index published by Transparency International. This means that Uganda is the 43rd most corrupt country in the world considering 180 countries that have been ranked.

Being ranked 137th out of 180 countries in 2019 indicates that Uganda has registered some slight improvement in the corruption perceptions index having been ranked 149th in the previous year (2018).

On the list, Uganda scored 28 points, which are clearly below the global average rate of 43 points according to Transparency International indicating that the country is still falling short in its progress to overcome corruption.

How do other countries in the region perform?

The corruption perception index of 2019 shows that countries in the East African region in general are not doing well at all as far as corruption is concerned.

Rwanda came on top of the rest of other countries in the region scoring 53 points, 10 points above the global average rate and ranked 51st out of the 180 ranked countries. Tanzania scored 37 points and in in 96th position, Kenya is tied with Uganda at 28 points and in the same position of 137. Burundi came 165th with 19 points, Democratic Republic of Congo (DRC) is in 168th position with 18 points while South Sudan was ranked lowest in the region with 12 points and in 179 position.

At continent level, Seychelles came as the best country in Africa on the list in the 27th position globally with 66 points, Botswana is the second-best on the continent and 34th globally with 61 points. Other countries on the continent that are performing relatively well include Cape Verde (41st with 58 points), Mauritius and Namibia both with 52 points in the 56th position while South Africa was ranked 70th with 44 points.

As expected, it is still African countries that came at the bottom of the rankings indicating a very high degree of corruption in such countries. Five of the last 10 countries on the list are African countries with Somalia sitting at the bottom with only 9 points meaning that it is the most corrupt country in the world among the 180 ranked countries. Somalia is followed by South Sudan in the 179th position with 12 points while Sudan and Equatorial Guinea are both tie in the 173rd position with 16 points each. Libya, Guinea Bissau, Congo and Chad are also among the last countries on the list.

Internationally, Denmark and New Zealand are on top of the list both ranked first as the least corrupt countries in the world with 87 points each followed by Finland in the third with 86 points. Singapore, Sweden and Switzerland are all fourth with 85 points while Norway and Netherlands are 7th and 8th with 84 and 82 points respectively. Germany and Luxembourg complete the top 10 with 80 points each.

World-leading economies like the U.S and China do not score so high in the rankings the U.S coming 23rd on the list, the same position with France with 69 points while China falling far behind in the 80th position with 41 points level with four other countries including Benin, Ghana, India and Morocco.

The Sub-Saharan region of Africa was given an average score of 32 points and it is the lowest among all the global regions followed by Eastern Europe and Central Asia with 35 points.

According to Transparency International, the body that publishes the corruption perceptions index annually, corruption thrives in countries where big money is allowed to flow freely into electoral campaigns and where governments listen only to the voices of wealthy or well-connected individuals.

“The Corruption Perceptions Index 2019 reveals a staggering number of countries are showing little or no improvement in tackling corruption. Our analysis also suggests that reducing big money in politics and promoting inclusive political decision-making are essential to curb corruption.” Reads part of the statement published by the Transparency International.

Some of the measures recommended by Transparency International in order to end corruption include; managing conflicts of interest, controlling political financing, and strengthening electoral integrity. Others include regulating lobbying activities, tackling preferential treatment, empowering citizens, and reinforcing checks and balances.