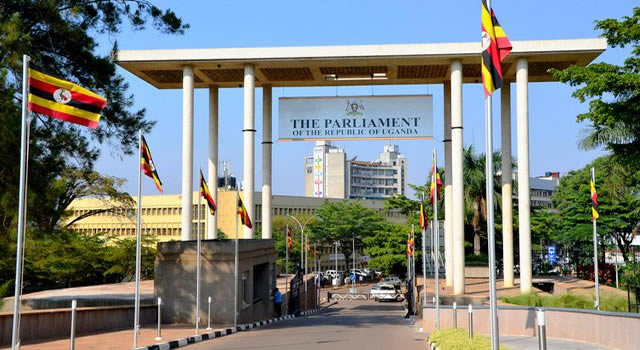 Despite this year’s being the 64th CPC, Uganda will be hosting it for the second time in history with the first having taken place in 1967, just 5 years after attaining independence from the British colonial government.

Yesterday (Sunday), delegates from several commonwealth countries started to arrive in the country with Prime Minister Ruhakana Rugunda and Speaker of Parliament Rebecca Kadaga present at Entebbe International Airport to receive the guests for the week-long event.

Commonwealth Parliamentarians are expected to address a range of issues during the conference including the evolution of parliamentary democracy and global challenges like climate change, sexual harassment, among others.

This year’s event is hosted by the Commonwealth Parliamentary Association (CPA) Uganda branch together with the Parliament of Uganda.

This annual Conference brings together Parliamentarians and other key decision-makers from the Commonwealth to tackle some of the major challenges facing today’s parliaments and to create networking opportunities.

Among the delegates in attendance include the CPA Executive Committee, headed by its Chairperson, Emilia Lifaka, who is the Deputy Speaker of Cameroon’s National Assembly.

Speaker of Uganda’s Parliament Hon. Rebecca Kadaga is the CPA President Designate (2018-2019) and will be acting as the host of this year’s event.

The discussions will focus on key issues including the ever-increasing scrutiny of parliaments and the declining public trust in parliaments and at the same time offering members an opportunity to benefit from several aspects. These benefits include supportive learning, professional development, and sharing of best practice with the parliamentarian and other leading international organizations.

A number of additional conferences and meetings will also take place during the event including the 64th CPA General Assembly, 37th CPA Small Branches Conference, 6th triennial Commonwealth Women Parliamentarians (CWP), meetings of the CPA Executive Committee, and meetings of the Clerks at the Table (SOCATT).

Several conference plenaries and CPC workshops for parliamentarians will also take place at the conference with some focusing on gender, youth and the CPA Small Branches.

A wide range of topics will be discussed during the workshops and they include; innovation in parliament, the role of parliament in facilitating persons with disabilities including candidates, legislators, and the electors. Others include the impact of science and technology on the work of parliament, strategies to curb youth unemployment and combatting rapid urbanization and rural decline. The likely impact of United Kingdom ‘Brexit’ on CPA Small Branches, fostering a culture of respect, fairness and dignity, the role of parliament in the doctrine of the separation of powers, and enhancing transparency and accountability. Other topics include the Post Legislative Scrutiny (PLS), and how the updated CPA Benchmarks for Democratic Legislatures has been used to strengthen the capacity of CPA Legislatures.