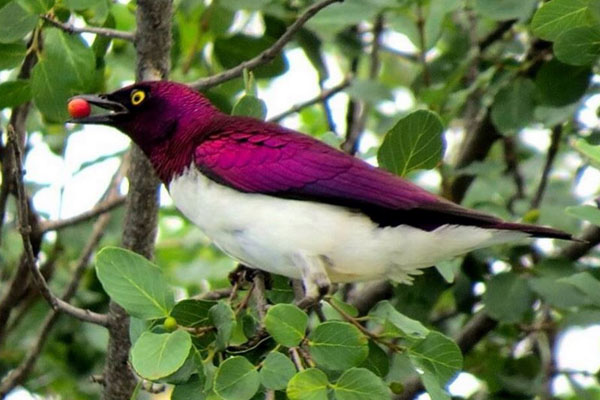 Gorilla trekking has been widely acknowledged as one of the most exhilarating and venerated safari adventures on the planet. Looking in the eyes of the gentle giants and one of the most endangered great apes in their natural habitat is what every traveler longs for.

The endangered mountain gorilla is only found in Uganda, Rwanda and Democratic Republic of Congo and its population is estimated to be not more than 880 individuals according to the 2012 census of which half is in Uganda. According to the results from the census, Bwindi has 400 gorillas while Mgahinga Gorilla National Park has 80 gorillas that often roam between Congo, Rwanda and Uganda. In total Uganda has 480 gorillas that live in 39 families or groups though only 13 are habituated.

The survival to the mountain gorilla generation in the Volcanoes National Park in Rwanda is greatly accredited to the foundation and campaign laid by the American zoologist who started her arduous research about the species in 1967 and carried on up to her poignant murder in 1985 at a place that was later to be known as Karisoke in the current Volcanoes NP.

Rwanda shelters a population of about 320 gorillas according to the last census and the remaining are in Democratic Republic of Congo. It is however important to note that the Mountain gorillas in the three countries are in two categories; those habituated and those which are not (wild). Tracking is done only to those, which are habituated and are not bothered about the presence of tourists.

Following the frequent insurgencies in the Democratic Republic of Congo, the Virunga national park that shelters these gentle apes was closed and regarded unsafe for tourists since last year. This left this breathtaking gorilla safari adventure to be only done in Uganda and Rwanda.
The tracking rules are all the same in both countries where by only one hour is allowed for a tourist to look in the eye of the endangered Mountain Gorilla. Not more than 8 people are allowed to visit any particular gorilla group in a day in order to show respect and avoid any negative social or psychological impact on the life of a gorilla.

Uganda currently has 12 habituated Gorilla groups for tracking and one for research. The Gorilla families include;
Mubare, Habinyanja, and Rushegura families in Buhoma section, while Ruhija section shelters Bitukura and Oruzogo families and Nkuringo family is the only one in Nkuringo area. Nshongi, Mishaya, Kahungye, Bweza and Busingye families inhabit Rushaga area and the last family of Nyakagezi inhabits the Mgahinga Gorilla National park. Nyakagezi used to roam across borders of the 3 countries, but when the family got a baby, they settled on Ugandan side.
The Kyaguriro Gorilla family in Ruhija area has been set apart for research and is always used to learn more about the life of the Mountain Gorilla.
Rwanda on the other hand, has 10 gorilla families, allowing up to 80 gorilla permits per day. The families include;

The Susa family that was originally studied by Dian Fossey and inhabits the slopes of Mt. Karisimbi together with Susa B (Karisimbi family) that broke away from Susa. Sabinyo family which is the smallest and most easily accessed on the slopes of Mt. Sabinyo, Amahoro family known as the most peaceful of all families and Umubano family which broke away from Amahoro. The 13 group also Known as Agashya family, Kwitonda family, Hirwa family, Bwenge and Ugenda families are the other gorilla families in this ‘Land of a thousand hills’.
Tracking Experience

The tracking experience is slightly different in both countries because of additional qualities although the real tracking activity is more less the same. The process one goes through to get a gorilla permit whether by a tour operator or directly from responsible government bodies (UWA and RDB) is largely similar.

However, the prices for the gorilla permits vary with the countries. Whereas Rwanda sells its permit at $750, Uganda gives it away at $600 during the peak seasons. The reason for the difference in the prices of the two permits is not clear though some one may reason it from the different points of view.
First, one would not be far from guessing right if he attributes the difference to the cost of the entire tour (including transport and accommodation). Rwanda’s Volcanoes national park is about 2 hours drive from the capital Kigali where as Uganda’s Bwindi national park is almost a day’s drive from the capital Kampala. This means that it is more costly to reach Bwindi from Kampala than it is from Kigali to Volcanoes. Therefore the lost price for Uganda puts in consideration the extra costs one will incur to reach the gorillas.

Another person will be equally right to say that the difference is as a result of urgency and accessibility in relation to distance. It should be noted that one can track gorillas in Volcanoes and get back on the flight to go home in one day which is impossible with Bwindi due to the long distances. This makes the Rwandan permit to be more costly since it addresses urgent needs unlike the Ugandan one.

Whereas Rwanda can offer a 1 day and 2 days gorilla tours, the shortest for Uganda gorilla tours would be a 3 days with one day of travelling to the park, another for tracking and another for the return journey. This impacts on someone’s expenditure and as one stays longer hence the variation in the prices for the two permits.

May be also the historical attachment of the two destinations may be playing a leading role in adding more value to one destination. Volcanoes national park is known for the Dian Fossey research and conservation campaign. It is where the grave of this courageous lady lies next to that of her beloved Gorilla called Digit. This could be drawing the attention of many travelers who have heard of her poignant story hence tempting Rwanda to hike the permit price to limit the tourist numbers since Gorillas need to also be protected from being overwhelmed by the tourists’ presence.

The real tracking procedure and experience may be almost similar except for volcanoes national park, guests are given a cup of coffee or tea at the briefing center and are also given some cultural entertainment which is not the case for Uganda. However, there is also entertainment in Uganda but this is mostly at the lodges and may even come with an extra cost.
The other minor difference is that in the Volcanoes NP, Gorillas often inhabit the slopes of the volcanoes in the light bamboo forests which provide a clearer environment for photography where as in Bwindi, the gorillas are found in the dense thick forests of this ancient rainforest.

Though some people have believed that generally gorilla tracking in Rwanda is less strenuous than in Uganda, it has been evidenced that both gorillas live in their natural habitats and are therefore unpredictable. There have been cases of people who have tracked in both countries and have seen the gorillas easier in Uganda than the time they spent searching for them in Rwanda. It should be noted that the time one spends in search for the gorillas is never certain and depends on the gorilla family one is tracking, although some families regarded to be easier to see may also not be easy to see at times. It all depends on some one’s luck since the gorillas wonder around their habitat in such for food and therefore have no appointment with visitors.

Tracking in Rwanda is best suited for those with short time schedules who are only interested in Gorilla tracking. This is why some people have gone ahead to track in Rwanda and still have to cross to Uganda to experience the diversity of nature. It works well for those who are interested in Gorillas and other wildlife to track in Uganda and then have a chance to see other wildlife in Queen Elizabeth NP, Kibale and Murchison Falls NP. The profusion of Wildlife in Uganda is almost unequaled in the region hence becoming a great destination for most travelers.

No specific recommendation on which country one should track the gorillas from since both offer equal opportunities to see the gentle giants and there is no difference between the species in these countries. It is paramount to note that the choice of the country to track gorillas from will depend on one’s budget, time schedule and one’s additional interests apart from the gorillas which will vary from one individual to another.

Blog Myuganda - February 16, 2022
0
Archbishop Janani Luwum was a renown human rights activist in addition to his liturgical duties before his mysterious death in 1977. As...