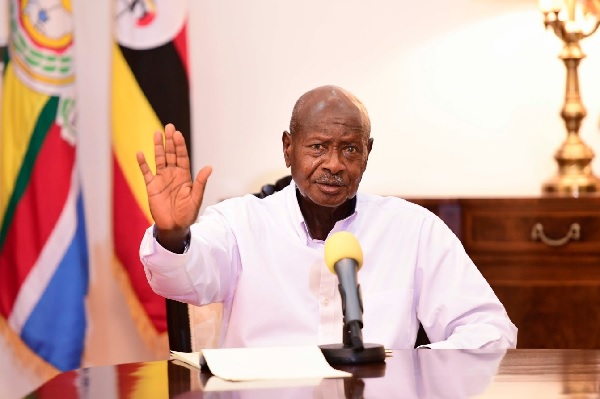 The Uganda government is discussing the best approaches to follow when easing some of the lockdown measures that were put in place to control the spread of Covid-19 in the country.

President Museveni declared some tough measures on 18 March this year in an attempt to stop the spread of Corona virus in the country. These measures included closing of all schools, places of worship, and banning of public gatherings like concerts and political rallies. Others included banning both public and private transport and closing all non-food shops across the country.

In addition to the above measures, the president also ordered a countrywide curfew starting from 7pm to 6am. Since then, the country has been under a lockdown with people encouraged to stay at home and avoid all unnecessary movements.

After declaring the lockdown, the government announced that it will be distributing food to the vulnerable groups of people in the two business districts of Kampala and Wakiso. The program started from Kampala in some of the most vulnerable communities spreading to other parts.

However, the mechanism used to distribute food has been criticized by people saying that it is too slow and some have also complained about the quality of the food distributed.

Plans to lift the lockdown

On Tuesday, as the president was addressing the nation on the current status of Covid-19 in the country, he hinted that the cabinet is discussing how to ease on some of the measures of the lockdown.

“When we announced the extension of the lockdown staying at home, we said it would end on May 5. But before that, our people are studying the situation intensely. We shall give you the new guidelines before the date of May 5 comes. We shall tell you what next. But what we shall give you will be determined by the study not suppositions, not just imposing things on the situation but on the studies being carried out quietly to know where we are in terms of the sickness.” Museveni said.

The current state of Covid-19 in Uganda

Uganda has so far confirmed 79 cases of Covid-19 of which 52 have recovered. Majority of the cases that have been registered lately of those truck drivers from Tanzania and Kenya who transport cargo into the country. Uganda has recorded the fewest number of Covid-19 cases in the region with neighboring countries like Kenya on 374 cases, Tanzania 299 cases, and Rwanda 207 cases.

During his public address on Tuesday, President Museveni said that “it is absolutely suicidal to ban cargo”.

Following the recent trend of the Covid-19 cases in Uganda showing that the latest cases are coming from truck drivers from Kenya and Tanzania, many Ugandans have raged calling upon the president to stop them from entering the country. However, in his speech the president encouraged Ugandans to be patient with the situation.

“Until the train is fully operational, I appeal to Ugandans to swallow your anger and employ ‘amagezi’ (wisdom). Stopping cargo is not only suicidal but also unnecessary,” he argued.

“I say it is suicidal because, if we stop cargo, how will our coffee, and cotton, tea, milk, cement from factories and food move?”

The president also pointed to the revised directive that long-distance trucks must have only one occupant, the driver, as opposed to the initial three and he said that is safer.

On the impact of Covid-19 on Uganda’s economy

While commenting on the negative impact Covid-19 may impose on Uganda’s economy, the president dismissed what the doomsayers are saying. He pointed at other sectors of the economy that are doing well like manufacturing.

“Tourists are not coming …but manufacturing is going up. For example, the price of sanitizers, soap has gone up because people use them to clean hands regularly,” Museveni argued.

“The price of coffee has improved because when people stay at home they grow more coffee,” he added.

“We need to adjust for the economy to grow, for the tourism sector will boom when you handle the manufacturing side well,” Museveni said.