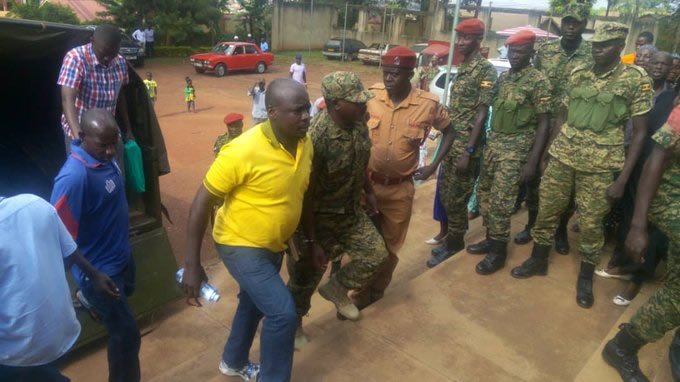 The General court-martial led by Lt Gen Andrew Gutti has convicted the leader of “Boda-Boda 2010” Abdallah Kitatta of multiple offences including unlawful possession of firearms.

Meanwhile, the same court has acquitted seven others that have been remanded together with Kitatta of offences of unlawful possession of firearms and military supplies.

Kitatta together with his co-accused have been on remand for 16 months since they were arrested at the start of 2018.

The lawyer who represented Kitatta and Ngoobi, Mr. Shaban Sanya defended his clients by pointing out several factors before the court-martial to be considered before handing them the final sentence. They included the following;

That Kitatta has been a loyal member of the National Resistance Movement (NRM), the ruling party which he serves as its chairman in Lubaga division and in the process serving his country.

That Ngobi Sewali had a clean record as a policeman and served with discipline before he was arrested and remanded, something court should consider.

That the pistol which Kitatta was found with, was given to him by police officials and besides, it was found that it had not fired any bullet by the time he was arrested