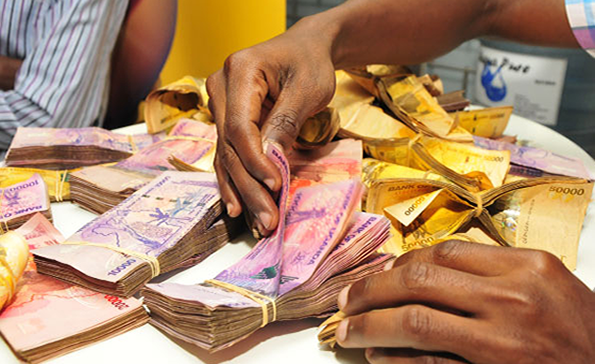 As we ended January a few days ago, many Ugandans welcomed the new month excitedly with the hope of overcoming the financial stress of January.

There has always been a serious credit crisis among Ugandans in the month of January and few details of the situation have been demanded. One of the long term problems that have not been addressed and perhaps this is the main reason why it has continued to haunt Ugandans up to this very day.

The January credit crisis in Uganda has got its unique characteristics that have become so common to a point that its diverse effects no longer cause eyebrows among people. The major highlight of this crisis is the general shortage of cash in the public.

The massive expenditure in the festive season of Christmas is hugely blamed for the cash shortage in January. Other causes include the money repatriation of foreign companies that operate in Uganda. These companies tend to collect money from their businesses in Uganda and send it back to their home countries at the end of the year. Banks and other financial institutions also tend to make their monetary policies strict at the beginning of the year which makes it hard for Ugandans to obtain loans from such institutions.

The shortage of cash in circulation causes a general surge in economic activities and this affects both product and service businesses in terms of quantities produced. The low cash levels affect production leading to low output and low income levels in return.

The opening of new academic terms in schools at all levels of education in Uganda is also another big player in this financial game that is worth mentioning. This forces parents and guardians who have school-going kids to spend sparingly hence limiting cash in circulation. There is too much financial pressure in this period with parents facing pending expenditures on school tuition, accommodation and feeding fees and other related expenses. This forces parents and guardians to withhold their money in order to meet such expenses leaving other areas in the economy with cash shortages.

The crisis comes with such diverse effects to Ugandans leaving everyone on their knees for it to end. Delayed salaries, low volume of economic activities, cut salaries, loan and credit applications, deferred payments, borrowing, foregone meals, low or no savings, huge debts and many more are among the severe consequences Ugandans face during this desperate period.

It looks likely that there will be little or no government intervention in response to this crisis given the previous experience and this calls for individual action. This means that Ugandans at individual level have to take the lead to rescue themselves if they are to ever get any relief from this problem. A few measures can be taken to tackle the crisis; these may include proper planning or planning ahead, prior saving, controlled expenditure, spending wisely, among others.

Ugandans should consider starting to plan very well how they are going to spend their income in the demanding seasons. If it is the expenditure pressure in the festive season that consumes most of the income, then plans have to be drawn on how this can be done in a controlled manner. Usually traders hike the prices of all commodities in Christmas season due to the rise in demand and this calls for an early shopping before such prices are hiked to avoid over spending.

Another good measure to curb the crisis would be saving some money aside for January use. Such money can be called “emergency money”, and can be turned to when things turn hard in January. Reckless expenditure without considering the tough financial conditions of January has been one of the major causes of the slump. Once considerations have been started on how to go over the tricky month, life will be a bit better.

Spending sparingly or wisely during the high demand season of Christmas is another great escape plan from the financial stress of January. It is high time Ugandans learn to forego some of the less important expenditures in order to limit the resultant stress and other challenges. Excessive expenditures on entertainment, travels and beverages can all be controlled.