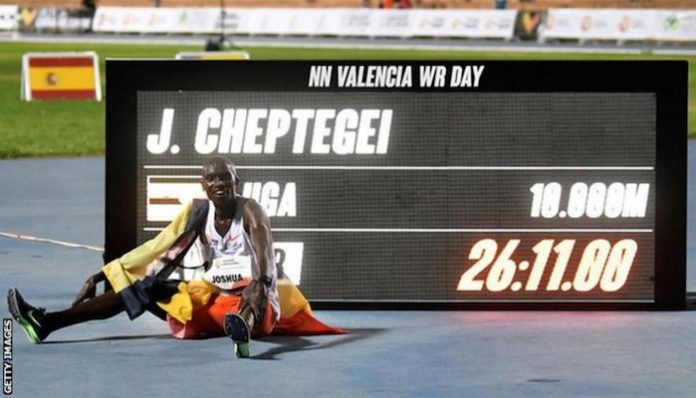 Cheptegei finished with 26 minutes 11.00 seconds beating Bekele’s record of 26 minutes 17.53 seconds which he set in 2005 and went on to become the world’s longest standing men’s 10,000m record. Cheptegei was taking part in NN Valencia World Record Day, a one-off event in Spain.

This success became Cheptegei’s fourth world record in just 10 months after breaking the 5km and 10km road records in February and December respectively. He also broke another Bekele record at the Monaco Diamond League in August when he ended his 16-year-old mark in the 5,000m by two seconds.

“I’m happy, this has been a long-time dream. It is very big for me.” She said.

Both Cheptegei and Gidey had pacemakers as they took part in The World Record Day organized at Valencia’s Turia stadium where 400 people were present.