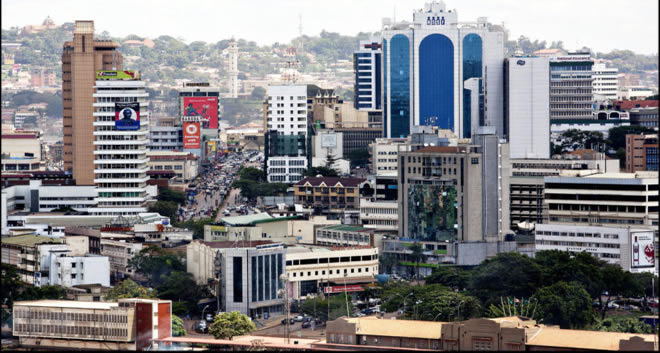 We are counting only hours to finish 2018 and crossover to 2019. 2018 has been a year of mixed feelings to Ugandans in general while at individual level each Ugandan has got their own story from the outgoing year.

At country level, there have been major public highlights that have caught the attention of many dwellers of the Pearl of Africa and they have not gone unnoticed. 2018 has been dominated by both positive and negative highlights and Ugandans will always reflect on them to remember it.

Singer Mowzey Radio’s Death
Moses Nakintije Ssekibogo commonly known as Mowzey Radio passed on 1st February 2018 from a blood clot in his brain sustained in an altercation at a nightclub in Entebbe. Radio had become one of Uganda’s top music performers after forming a formidable music partnership with his long-term friend Weasle Manizo (Douglas Sseguya) under the Goodlyfe Crew umbrella. He will always be remembered for his thrilling voice through some of his favorite songs including “Ability”, “Bread and Butter”, “Lwaki Onumya”, “Magnetic”, among others.

Susan Magara Murder
Ugandans fell into a cold again in late February when the country was greeted by the cold murder of Susan Magara, a 28-year old businesswoman in Kampala. Her murder followed a series of unsuccessful negotiations between her family and the eventual murderers who were asking for a huge ransom of money in order to release her. She was kidnapped early in February and the kidnappers kept threatening her family to send the ransom before killing her and dumping the body around Kigo 0ff Entebbe Expressway. Her brutal murder attracted wide public sympathy as many individuals and the government came out and strongly condemned the act while urging the police to work hard and bring the criminals to face justice.

Firing and arresting former IGP Kale Kayihura
In March, Ugandans where once again shocked by the sudden sacking of the then Inspector General of Police, General Kale Kayihura. President Yoweri Museveni issued the sacking notice and he immediately replaced Kayihura with the new IGP Okoth Ochola. However, Kayihura’s fate was not yet done as he was subsequently arrested by the UPDF later in June on charges concerning misuse of office. He was detained at Makindye military barracks for about two months before he was released on bail in August. Kayihura had increasingly become unpopular among Ugandans as police chief due to the increasing insecurity cases that involved murder of several women in different parts of the country and persecution and torture of opposition politicians, among others.

Uganda’s medals at the 2018 Commonwealth Games
The month of April was dominated by good news in the field of sports for Uganda. The Pearl of Africa scooped a total of 6 medals including 3 gold, 1 silver and 2 bronzes at the 2018 Commonwealth Games in the Gold Coast, Australia. Athletics king Joshua Kiprui Cheptegei dominated the show after winning two gold medals from men’s 5000m and 10000m events respectively. Stella Chesang also won the gold medal from the women’s 10000m event.

FIFA World Cup 2018
Although Uganda was not part of the 32 teams that took part in the competition that was hosted by Russia, Ugandans went on to enjoy the tournament in high gear. Ugandans had diverse interest in this tournament ranging from supporting their favorite teams to winning bets placed on games played in the tournament. Earlier on the Pearl of Africa had also got a chance to welcome the World Cup trophy during its international tour before it was taken to Moscow. In the end France were the winners of the world’s most prestigious football trophy and Ugandans who were behind them were full of jubilations.

Introduction of social media tax
2018 has also seen one of the most strange and unpopular tax being introduced in uganda where Ugandans are now charged for using social media platforms including Facebook, Whatsapp, twitter, among others. This controversial tax was introduced as a bill in Parliament and it was subsequently passed by the members to be implemented by the Uganda Communications Commission through the Telecom Companies. Being effected from the 1st of July, Ugandans have since been charged Ugx200 per day to use these platforms. Although the tax was strongly criticized both locally and internationally, the government was determined to charge its citizens for social media use and the unpopular tax has been upheld to date.

The Age-Limit Verdict
The long awaited case verdict was also finally released in July. This followed the petition that was made to the Constitutional Court challenging the amendment of the Uganda Constitution by Parliament late last year that saw the removal of the presidential age-limit and extending the tenure of the incumbent MPs and Local Councils by 2 years. The final ruling that was presided over by 5 constitutional judges upheld the removal of the presidential age-limit hence making way for president Museveni to stand again for re-election in 2021 though he will be above 75 years that were unlawful before the removal.

Local Council Elections
This year Ugandans also voted their Local Council One leaders for the first time in 15 years. The disputed elections finally took place with a couple of controversies around the country including postponing in some areas due to several irregularities. Another notable highlight in these elections was the method used to vote that saw Ugandans lining up behind their candidates, a system that was criticized as backward and divisive. Nevertheless, regardless of the irregularities, the local leaders were subsequently elected and stated their new term in office.

Arua Municipality Parliamentary By-election Fracas
The disputed by-election will not be forgotten soon given the events that prevailed before and after it. It all began with the stoning of one of the cars in the presidential convoy which was followed by massive violence that saw one Yasin Kawuma a former driver of the Kyadondo East MP Robert Kyagulanyi alias Bobi Wine shot dead from the car. More arrests were also made including MPs land former MPs led by Bobi Wine, Francis Zaake, Gerald Karuhanga, Mike Mabike and the then MP elect Kasiano Wadri together with dozens of civilians who were subsequently charged of treason and remanded in Gulu. However, it was the alleged brutal torture of the MPs in the hands of the security forces that invited both local and international outcry. Several protests and riots were staged in arious parts of the country demanding for the immediate release of the arrested MPs. Tear gas, bullets and several arrests were all used to disperse these protests. Finally the detained suspects were brought to court and later released on bail while those that sustained several injuries through the torture were allowed to go abroad to seek specialized treatment including MPs Robert Kyagulanyi and Francis Zaake.

Assassination of MP Abiriga and Mohamad Kirumira
The mysterious big-name murder in Uganda continued this year with the gunning down of two other popular personalities causing more grief among Ugandans. In June, former Arua Municipality MP Ibrahim Abiriga was shot dead in his car while going back to his home in Kawanda, a Kampala suburb. In September, former Buyende DPC Mohamad Kirumira was also gunned down while in his car near Busega. Just like before, all the security agencies in the country were not able to arrest the assailants and nothing substantial concerning these murders has been presented to the public up to date.

Gen. Mugisha Muntu Breakaway from FDC
Former Forum for Democratic Change President Gen Mugisha Muntu officially announced his breakaway from the FDC to start a new political party. Muntu pointed out differences in ideology and in the approach to takeover power between him and other FDC leaders as the major causes of his breakaway.

Uganda Cranes Return to AFCON 2019
Another good news in the sports sector as the national football team, the Cranes made another great step forward to qualify for the continent’s major football tournament. Uganda qualified with a match to spare after defeating Cape Verde 1-0 at Nambole stadium to book a place in next year’s competition. Ugandans will be hoping to see the Cranes perform better than their previous outing in 2017 where they crashed out of the tournament at group stage level.

Lake Victoria boat cruise accident
Another sad news greeted Ugandans late in November as an estimated total of about 40 people perished in Lake Victoria following the sudden collapse and sinking of the boat that was carrying revelers to Mutima beach in Mukono districts. The same accident was also survived by big name personalities in Uganda including prince David Wasajja, a brother to the king of Buganda Ronald Muwenda Mutebi II. Others included singer Irene Namubiru and businessman Kiyimba Freeman. The government declared a day of mourning for those perished that also included the lowering of the national flag at half-mast.

Crowning of Uganda’s Quiin Abenakyo as Miss World Africa
This helped to ensure Ugandans finish he year on a positive note as her very own daughter Quiin Abenakyo (22) was crowned Miss World Africa in the final ceremony of the Miss World competition. Abenakyo successfully made into the top five finalists in the competition that saw her going on to win the continental crown hence sending Ugandans into massive jubilations as all the media platforms in the country were dominated by her name. She was the first Miss Uganda to make it to that level in the competition and to achieve that crown.